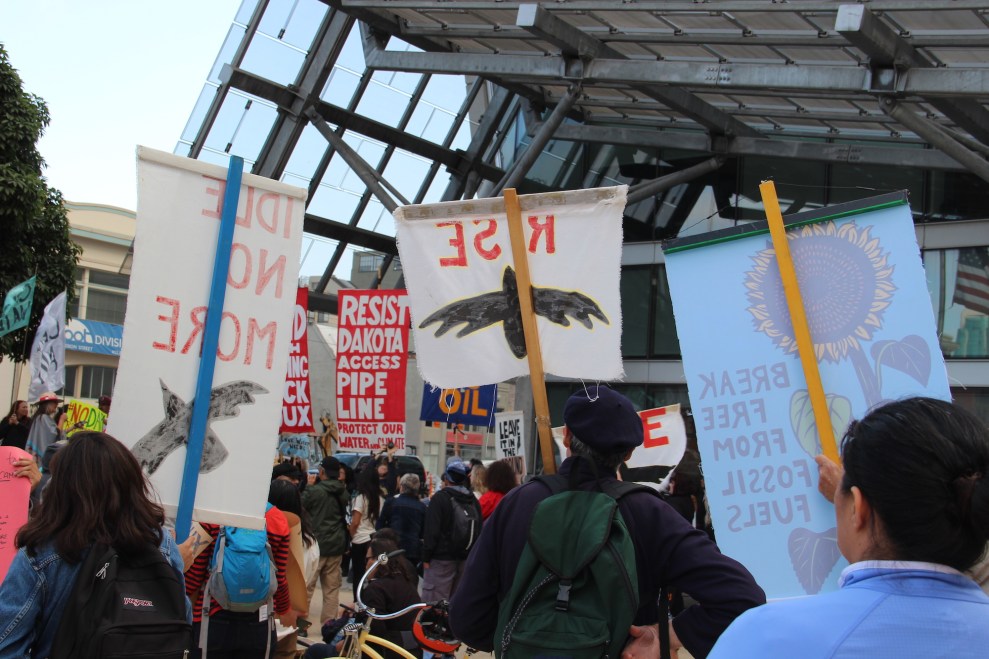 Tensions continue to rise over the controversial Dakota Access Pipeline (known also as the Bakken Pipeline), a proposed 1,172-mile project currently under construction. Demonstrations over the pipeline, which will travel from North Dakota’s northwest Bakken region to southern Illinois, have grown steadily over the last few weeks. As many as 4,000 people have reportedly joined the Standing Rock Sioux in protesting the pipeline, which is slated to travel beneath sacred Native lands and cross under the Missouri River, the region’s main source of drinking water. The protesters have gathered along the border of the Standing Rock Sioux’s reservation in Cannon Ball, North Dakota, blocking the construction site. (Read Mother Jones‘ report on the pipeline here.) 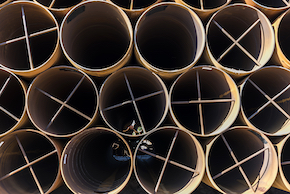 On Monday, according to the Bismarck Tribune, Greg Wilz, Division Director of Homeland Security, ordered the removal of the state-owned water tanks and trailers that had been providing the protesters with drinking water. Wilz attributed the decision to alleged criminal activity—specifically two complaints of laser pointers being shined in the eyes of pilots of surveillance aircraft monitoring the protest. “Based on the scenario down there, we don’t believe that equipment is secure,” he said. The supplies were provided last week by the North Dakota Department of Health at the request of the tribe.

Authorities in North Dakota have now arrested 29 protesters in the last two weeks, including the tribal chairman. A federal judge will rule by September 9 on the injunction filed by the Standing Rock Sioux to prevent construction of the Dakota Access Pipeline.

Pipeline protesters—including actors Shailene Woodley and Susan Sarandon—have also gathered in New York and Washington, DC. Woodley has been protesting the pipeline for weeks, documenting the peaceful nature of the Standing Rock demonstration in North Dakota on her Twitter page before returning to DC for the rally, which took place Wednesday outside a federal court building where challenges to the permits were being heard.

.@shailenewoodley is sharing footage from the Dakota Access Pipeline protests — which are peaceful, not dangeroushttps://t.co/iyrn5SApAv

“When we dont stay quiet, we can make a change. We can make progress. We can do something”
–@ShaileneWoodley #NoDAPL pic.twitter.com/JLi5iVzzBn

Environmentalist Bill McKibben also weighed in on the pipeline with an article published Monday. Indigenous populations like the Standing Rock Sioux “have been the vanguard of the movement to slow down climate change,” wrote McKibben.

Sen. Bernie Sanders issued a press release of his own on Thursday, condemning the pipeline and upholding the grassroots efforts to stop it. “Regardless of the court’s decision, the Dakota Access pipeline must be stopped,” he wrote. “As a nation, our job is to break our addiction to fossil fuels, not increase our dependence on oil. I join with the Standing Rock Sioux Tribe and the many tribal nations fighting this dangerous pipeline.”