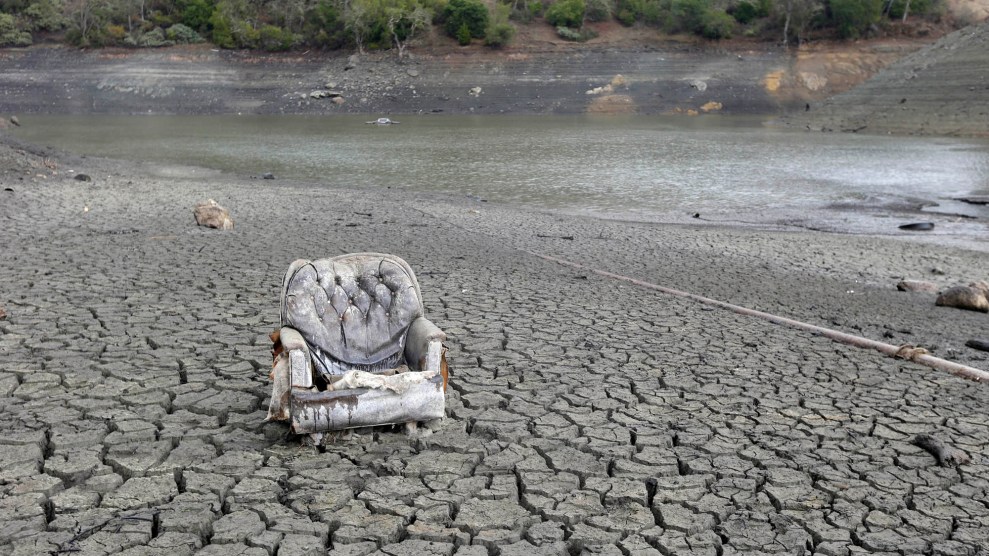 The dry bed of the Almaden Reservoir in San Jose, California, in February 2014Marcio Jose Sanchez/AP

We tend to think of drought as a supply problem. When it doesn’t rain in California—now in its fifth year of drought—there’s not enough water to go around. That mentality has spurred many to consider desalinating water from the Pacific Ocean as the state’s next water source.

On this week’s episode of the Inquiring Minds podcast, Judith Schwartz, author of Water in Plain Sight, offers a more optimistic perspective. She tells co-host Indre Viskontas that better storage and reuse of the water we have—and, in the case of California, not letting that water drain into the Pacific Ocean in the first place—could drastically reduce the effects of drought. You can listen to the full interview below:

Numbers support the argument that better water and land management could curb the effects of the state’s drought. In 2014, the Pacific Institute and the Natural Resources Defense Council released a report showing that initiatives such water recycling, stormwater capture, smart irrigation, and better land management (i.e., using plants and permeable surfaces rather than turf and concrete) could help California save up to 14 million acre-feet of water per year. That’s more than the combined annual water use of all of California’s cities.

“There are always barriers. Lack of knowledge is a barrier, lack of financial incentives is a barrier,” Peter Gleick, the president of the Pacific Institute, explained to Mother Jones. “The good news is we know these things work. We know how to capture this potential…The question is: Will we? 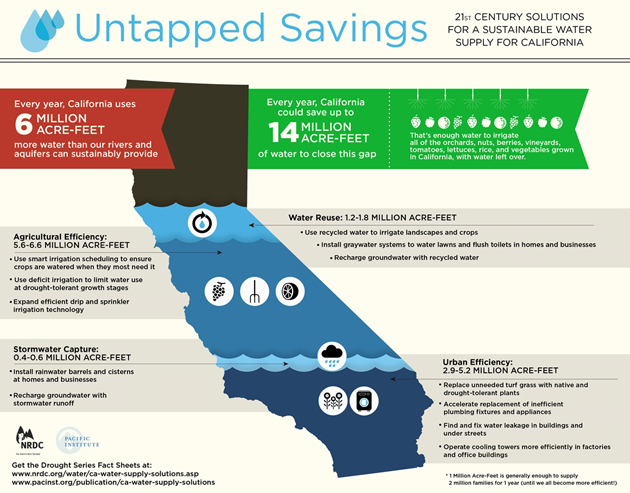 NRDC and the Pacific Institute, “The Untapped Potential of California’s Water Supply”