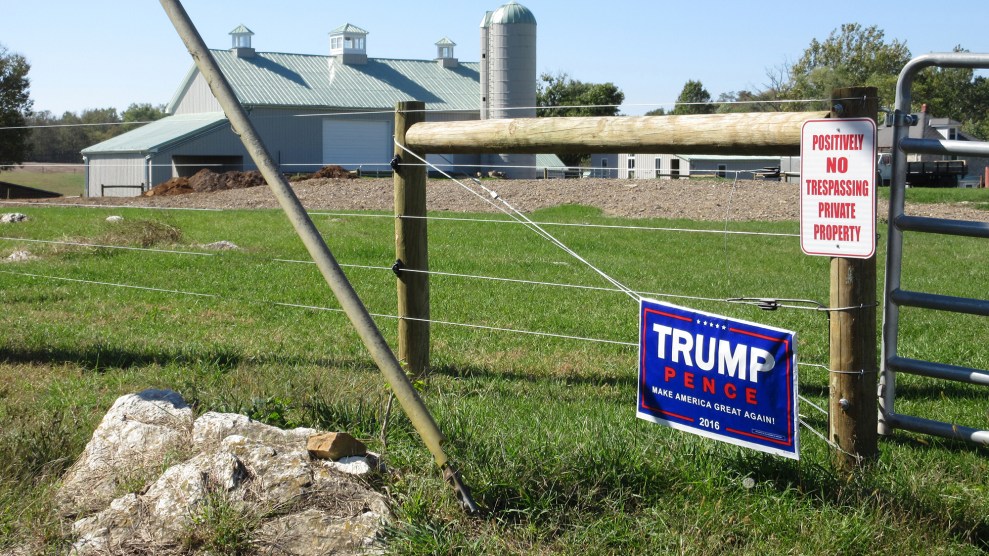 Amid the furor surrounding allegations of covert ties with Russian intelligence figures as well as his first press conference since winning the election, President-elect Donald Trump found time in his hectic Wednesday schedule to meet with two towering figures in the agriculture world, reports Fox Business Daily. But the main conversation topic wasn’t the job opening atop the US Department of Agriculture, the sole cabinet spot awaiting an appointment from Trump.

A Monsanto spokesperson confirmed that the two execs “had a productive meeting with President-Elect Trump and his team to share their views on the future of the agriculture industry and its need for innovation.”

Rather, the meeting involved German chemical giant Bayer’s $66 billion buyout of US seed/agrichemical giant Monsanto—a deal that will have to pass antitrust muster with Trump’s Department of Justice (more on that here). Fox reports that Bayer CEO Werner Baumann and his Monsanto counterpart Hugh Grant met with the incoming president at Trump Tower in midtown Manhattan to promote the merger. In an email to the news organization, a Monsanto spokesperson confirmed that the two execs “had a productive meeting with President-Elect Trump and his team to share their views on the future of the agriculture industry and its need for innovation.”

Baumann and Grant have plenty to be concerned about regarding possible antitrust obstacles to their mega-deal. As I’ve reported before, a combined Bayer-Monsanto would own 29 percent of the global seed market, and 25 percent of the global pesticide market. And if the pending merger between agribiz goliaths Dow and DuPont also wins approval, three enormous companies—the above two combined firms, plus Syngenta (itself recently taken over by a Chinese chemical conglomerate)—would sell about 59 percent of the globe’s seeds and 64 percent of its pesticides. In this post, I tease out how such concentrated power can harm farmers and consumers alike.

And as The Wall Street Journal reports, opposition to these mergers has arisen even in rival agribusiness circles, including among the motley crew of execs and aligned GOP farm-state pols who served on Trump’s rural advisory committee during the campaign. Iowa corn, pork, and ethanol magnate Bruce Rastetter, a member of that committee and a leading candidate for the USDA post, told The Journal he “plans to raise his concerns about the mergers directly with Mr. Trump in the near future.” Rastetter is tightly aligned with Iowa Gov. Terry Branstad, whom Trump has picked to serve as ambassador to China.

As with everything else he does, Trump seems intent on plunging these momentous decisions—on both the future of the seed market and the leadership of the USDA—into a swirling sea of chaos and drama.