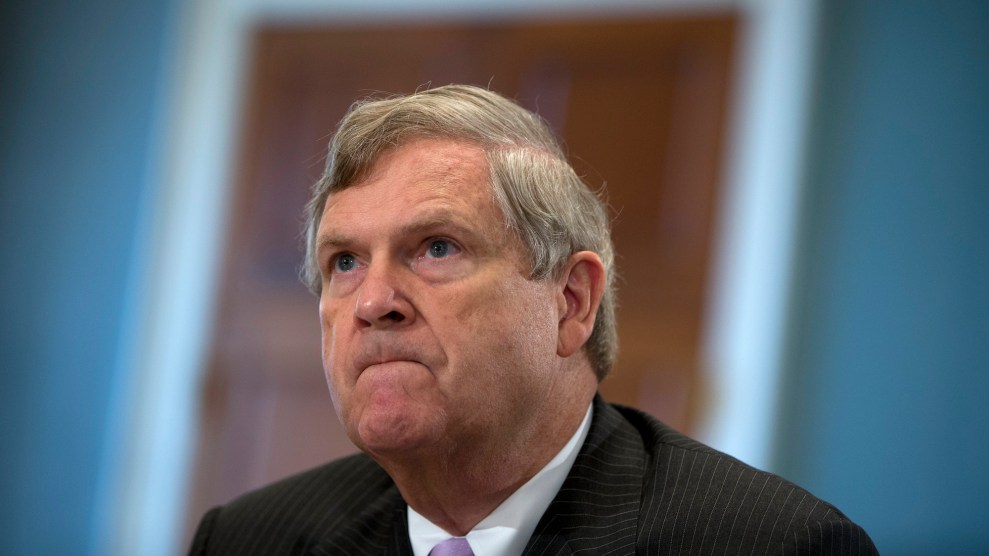 While writing this post about the chaos surrounding the US Department of Agriculture transition, I was tempted to title it, “What the hell is Trump getting up to at the USDA?” Apparently, outgoing USDA chief Tom Vilsack has the same question.

In its emailed morning news roundup for December 14—you can listen to the audio version here, starting at the 32 second mark—the trade journal Agri-Pulse reported on its recent exit interview with Vilsack. In it, he took a poke at the Trump transition team. The USDA chief expressed disappointment that Trump has yet to appoint his successor and complained that “we haven’t had much activity from the transition team,” even as his own staff has been developing materials to prep the new team for taking over the agency.

“I think we’ve had one person here for a few hours and then that person was told he couldn’t do the job,” Vilsack said, an apparent reference to Michael Torrey, the food industry lobbyist Trump tapped to lead the USDA transition a month ago. Torrey abruptly quit a week later after Trump announced a ban on lobbyists working in the transition.

“And then we had a second person and we’ve seen him like once, and that’s it,” Vilsack added. That would appear to be a reference to Joel Leftwich, who took over the role of USDA transition a few days after Torrey’s exit. In addition to his transition duties, Leftwich now works for the Senate Agriculture Committee, but he served as Pepsi’s top DC lobbyist from 2013 to 2015.

“It’s a little puzzling why, given the magnitude and the reach of this department, that people haven’t been more engaged, given the opportunity to learn,” Vilsack said.

Meanwhile, Trump isn’t close to deciding on who he’ll tap to take over from Vilsack, reports the trade journal Southeast Ag Net. Mounting speculation recently settled on Sen. Heidi Heitkamp (D-N.D.) as the likely pick, but that crumbled Monday, with reports of dissension among Trump’s ag advisers and whispers that Heitkamp would decline the job anyway.