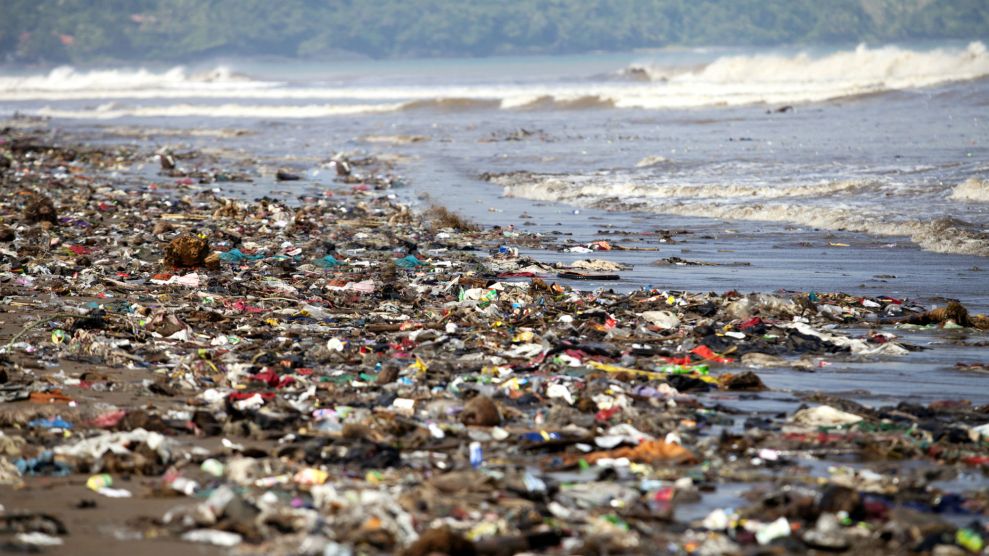 Humanity’s trash has near-universal dominion in the ocean. It swirls in the waves in immense “garbage patches,” drifts downward where it’s eaten by whales and turtles, and lands on the deepest sea floor to make it look like a landfill exploded on the moon.

Even the places one might assume are pristine, such as the ice-covered Arctic Ocean, are littered with the detritus of human activity, as proven by the growth of a sixth garbage patch in the freezing Barents Sea. The latest evidence of worldwide junk infiltration comes from an observatory west of the Norwegian archipelago Svalbard, called HAUSGARTEN, where scientists have constructed a multiyear log of marine debris. In this remote location, more and more litter is appearing on the seabed—almost double the amount was found at one monitoring station in 2011 compared to 2002, they write in Deep Sea Research Part 1. Not only that, but it’s appearing in greater concentrations to the north, possibly due to climate change.

In this remote location, more and more litter is appearing on the seabed—almost double the amount was found at one monitoring station in 2011 compared to 2002.

The scientists used a towed camera rig to establish that the density of trash in these Arctic waters is equivalent to that off of Lisbon, Portugal, whose metropolitan area holds 2.8 million people. It’s hard to tell exactly where seaborne waste comes from. Garbage enters the ocean from rivers, polluted coastlines, ships that have accidents or are illegally dumping, and other sources. Once it’s there it can travel vast distances. But after doing some detective work, the scientists at Germany’s Alfred Wegener Institute ascribe guilt to local activities.

The extent of summer sea ice in the Arctic, one of the most rapidly warming places on earth, has declined by more than 30 percent in recent decades. This vast thawing has made the region more hospitable for ships. Reports of oceanic fishing near Svalbard have more than doubled in recent years, and the local port has seen a steady rise in visits from cruise liners, cargo ships, private yachts, and other vessels.

During their ocean survey the researchers found a surge in plastics, metals, fabric, rope, and other refuse lying below an extreme-north monitoring station. “The decreased ice cover could have allowed more maritime activities in the area, which may have played an indirect role in the increase of litter,” they write. Supporting this theory was the presence of glass debris, which they hadn’t spotted on the sea floor until recently. “Since glass can be assumed to sink quickly to the seafloor close to its entry point,” they say, “the high density of glass at the northern station in recent years proves increasing ship traffic in the marginal ice zone and indicates ships as sources.”

Which ships are doing the dirty deeds? Well, fishing vessels routinely lose nets, lines, and other gear overboard, items that can float around for a long time and fatally ensnare sea creatures. And though the researchers don’t definitively blame tourism companies, they do point out that “one cruise ship of 2,500 passengers and 800 crew can generate 1 [ton] of solid waste in a day and even though most of the vessels probably strictly abide with regulations, accidental loss of solid waste from such a quantity of garbage may be inevitable.”

They conclude that pollution in the Arctic is a growing problem, and one that will probably keep expanding geographically until presumably it’s under the North Pole. Have a look at some more of what they found lurking in the deep, including a plastic bag colonized by a sea anemone (top left) and a fabric scrap entangled by a living sponge (far right): 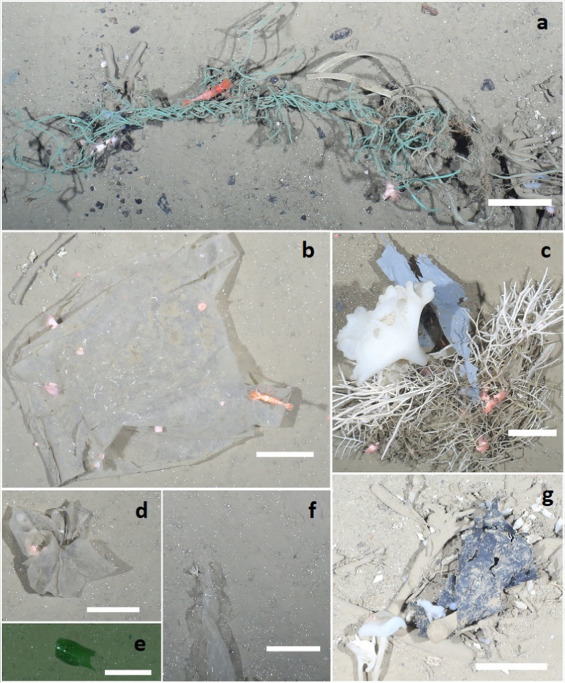