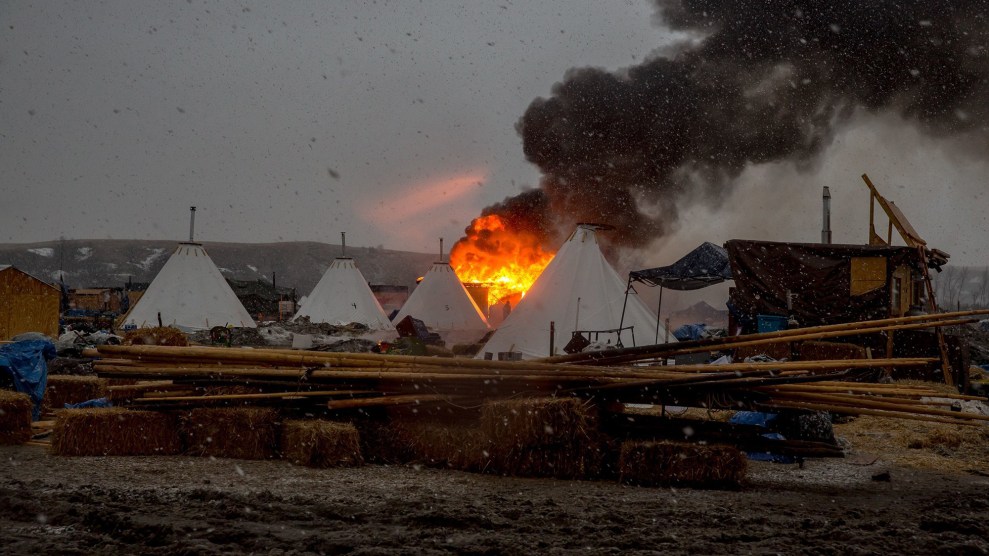 At around 3 p.m. today, North Dakota State Police, with the help of the National Guard and Wisconsin state police, began evicting protesters from the main #NoDAPL protest camp near the Standing Rock Sioux reservation in North Dakota. After weeks of blizzards, flood warnings, exhaustion, and uncertainty caused by president Trump’s executive order reversing the Army Corp of Engineer’s previous decision to halt the pipeline project, many activists have left the camps. As of today, only about 100 activists remain.

While an ABC news crew is embedded with the police, the main source of information about events on the ground is independent media and protesters themselves, who have been intermittently livestreaming the day’s events, which have included arrests, fires, and meetings with representatives of North Dakota governor Doug Burgum. Below are eight live feeds showing the action as it unfolds on the ground.