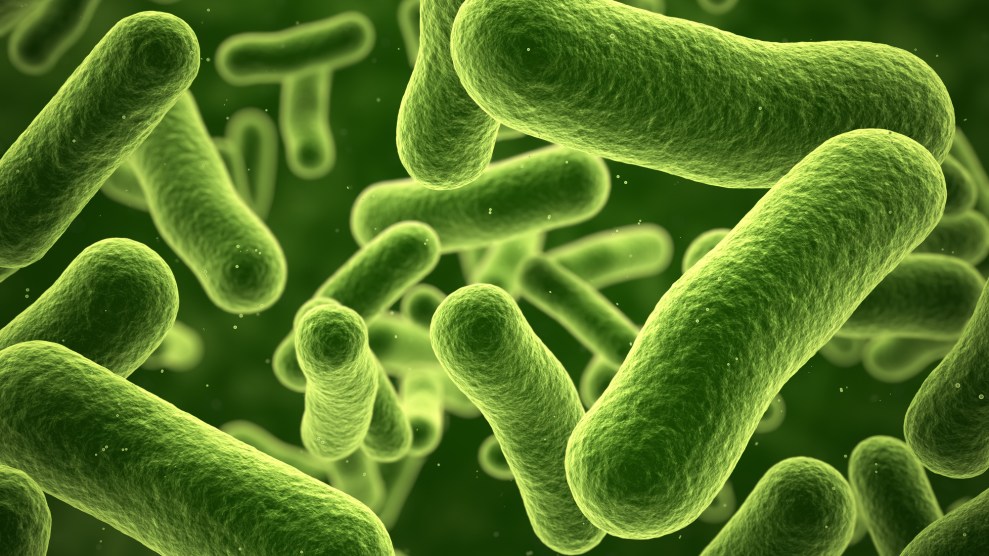 When President Donald Trump tapped Scott Gottlieb to lead the Food and Drug Administration, the pharmaceutical industry breathed a “sigh of relief,” reported Reuters and the Financial Times. That’s because he is “entangled in an unprecedented web of Big Pharma ties,” as the watchdog group Public Citizen put it. If confirmed, he’ll jump to the federal agency that regulates the pharmaceutical industry from the boards of GlaxoSmithKline and several other pharma companies. His work for those industry players netted him “at least” $413,000 between 2013 and 2015, Public Citizen reports. Gottlieb is also a partner at New Enterprise Associates, a venture capital firm that invests in the health care sector.

Gottlieb’s one public statement on antibiotic resistance does not inspire confidence that he fully grasps the issue.

But Gottlieb, whose Senate confirmation hearing is scheduled for Wednesday, has a scant track record on another aspect of the FDA job: managing the rising crisis of antibiotic resistance. According to the Centers for Disease Control and Prevention, germs that have evolved to resist antibiotics sicken at least 2 million people every year and kill at least 23,000. Last fall, all 193 countries in the United Nations—including the United States—signed a declaration calling antibiotic resistance the “biggest threat to modern medicine.”

The FDA’s most direct contribution to the battle to save antibiotics lies in its regulation of farms. About 70 percent of the antibiotics used in the United States go to livestock operations, and the FDA itself, along with the CDC, the World Health Organization, the UK government, and other public health authorities, warn that overuse of drugs in meat farming is a key generator of antibiotic-resistant pathogens.

Meat operations feed their animals regular low doses of antibiotics for two reasons—to help them gain weight faster, and to avoid infections despite tight, unsanitary conditions. Way back in 1977, the FDA acknowledged that these practices undermine the ability of antibiotics to fight human infections—and then for decades, it neglected to do anything about it, under severe pressure from the meat and pharmaceutical industries (more on that here).

On January 1, 2017, the agency at long last finalized a voluntary set of new rules designed to rein in the meat industry’s addiction to antibiotics. But even if meat companies comply with the new policy, the FDA’s plan leaves a gaping loophole: It asks farmers not to use the drugs as a growth promoter, but blesses the practice of using them to “prevent” disease. As the Pew Charitable Trust notes, the “lines between disease prevention and growth promotion are not always clear”—and for many antibiotics crucial to human medicine, farmers can continue as usual, changing only the language they use to describe their antibiotic reliance.

A recent report from the Government Accountability Office chastised the FDA for leaving the loophole, complaining that the agency failed to crack down on “long-term and open-ended use of medically important antibiotics for disease prevention.” It also found that the FDA doesn’t demand nearly enough usage data from meat companies or pharmaceutical suppliers to assess whether its voluntary program is working.

David Wallinga, who covers antibiotic resistance for the Natural Resources Defense Council, says the Senate Committee on Health, Education, Labor and Pensions, which will hold Gottlieb’s confirmation hearing, should grill him about how the agency will handle farm antibiotic use. A senator should brandish the GAO report and ask how the FDA nominee plans to address its criticisms of the agency’s current antibiotic policy.

Wallinga says that, despite all his ties to Big Pharma, Gottlieb does not seem to be directly involved with companies like Zoetis and Elanco, which specialize in animal drugs. But Gottlieb’s one public statement on antibiotic resistance does not inspire confidence that he fully grasps the issue. In a 2007 post for the conservative American Enterprise Institute, Gottlieb opined that “preventative efforts alone won’t solve our bacterial challenges.” What’s needed, he argued, are incentives for the pharmaceutical industry to develop new antibiotics, which aren’t profitable enough to draw the heavy investment in research and development required for new drugs. That’s true, Wallinga says, but any new antibiotics will quickly succumb to resistance, too, if farm use isn’t reined in.

Gottlieb himself is a cancer survivor, Wallinga noted. Antibiotic resistance is one of the major threats to chemotherapy patients. A 2015 Lancet study found that around 26 percent of pathogens causing infections after chemotherapy are resistant to common antibiotics.