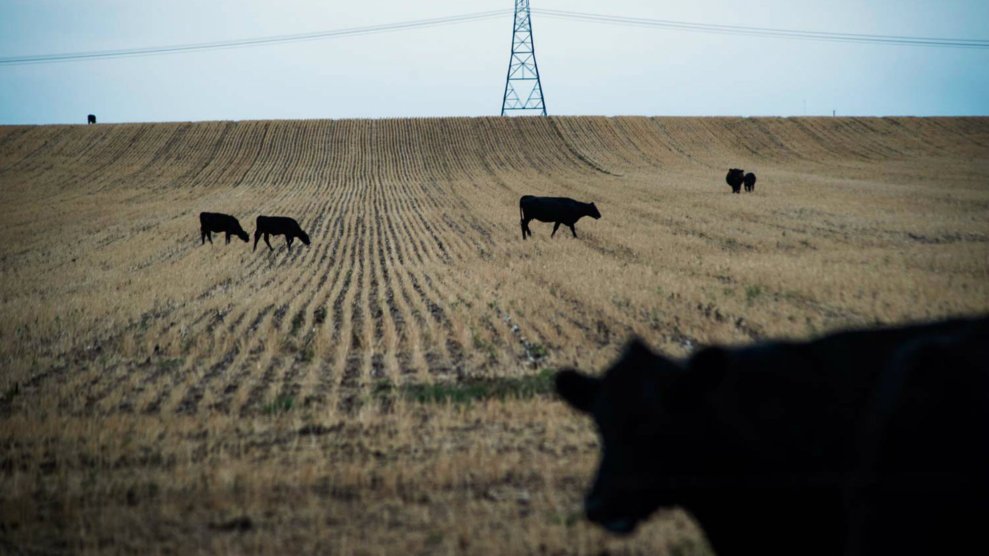 As wildfires blaze across the West, parts of Montana and the Dakotas are experiencing one of the worst droughts in recent memory. With pastures so parched that they can’t support cattle, ranchers are accepting donations of hay from wetter parts of the country and selling their animals and considering taking second jobs to get by. Farmers are also struggling. Crop harvests are a fraction of normal—the estimated yield for durum wheat in North Dakota and Montana, for example, is about half what it was last year.

The current catastrophe began as a “flash drought,” a dry period that comes on very quickly. Late spring and early summer are typically pretty soggy in the northern Great Plains—but not this year, says Natalie Umphlett, regional climatologist and interim director of the High Plains Regional Climate Center at the University of Nebraska. If the region doesn’t get enough rain during that critical time, she says, “it’s hard to make that up.”

The drought is expected to persist across eastern Montana and the western side of the Dakotas through at least the end of October, according to the July 20 seasonal outlook produced by the National Weather Service’s Climate Prediction Center. Even if the region does get more rain, it’s too late for some plants, says F. Adnan Akyüz, the North Dakota state climatologist and a professor at North Dakota State University. If certain crops don’t germinate or emerge early in the season, the impact is “irreversible,” Akyüz says. “Any additional precipitation is not going to fill the gaps.”

With this particular dry spell still unfolding, it’s too early to tell if it was caused by climate change, Umphlett says. But droughts like this one will likely become more common in the future. That’s in part because plants use more water when they’re heat stressed, Umphlett says, so rising temperatures mean the amount of rain that sufficed in the past may no longer be enough to satiate thirsty plants.