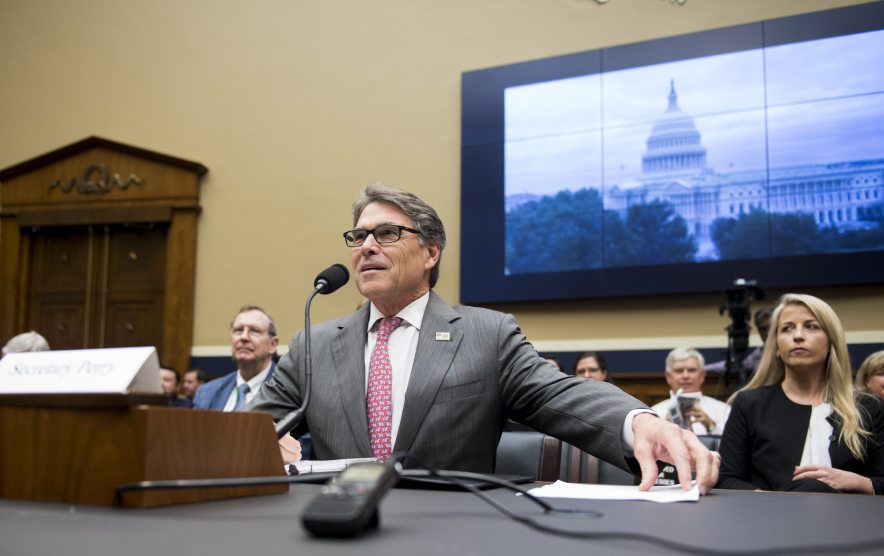 Energy Secretary Rick Perry on Thursday offered a new, off-kilter rationale for supporting the expansion of fossil fuels in Africa: the prevention of sexual assault. His line of thinking appeared to center on the power of fossil fuels to generate light—presumably with lightbulbs?—and the false notion that sexual assault only takes place in the dark.

“When the lights are on, when you have light that shines, the righteousness, if you will, on those types of acts,” Perry said, referring to incidents of sexual assault. “So from the standpoint of how you really affect people’s lives, fossil fuels is going to play a role in that.”

“I happen to think it’s going to play a positive role,” he continued.

Lightbulbs, of course, can be powered by all sorts of electricity sources. In fact, there’s a race on right now to power the vast number of off-the-grid communities across the African continent using inexpensive solar panels that don’t require the massive infrastructure build-out of a traditional grid.

Perry’s bizarre claim came during an Axios/NBC panel focusing on the Trump administration’s energy policies. During the same discussion, the former Texas governor also asserted that the “science is out on” on man-made climate change.