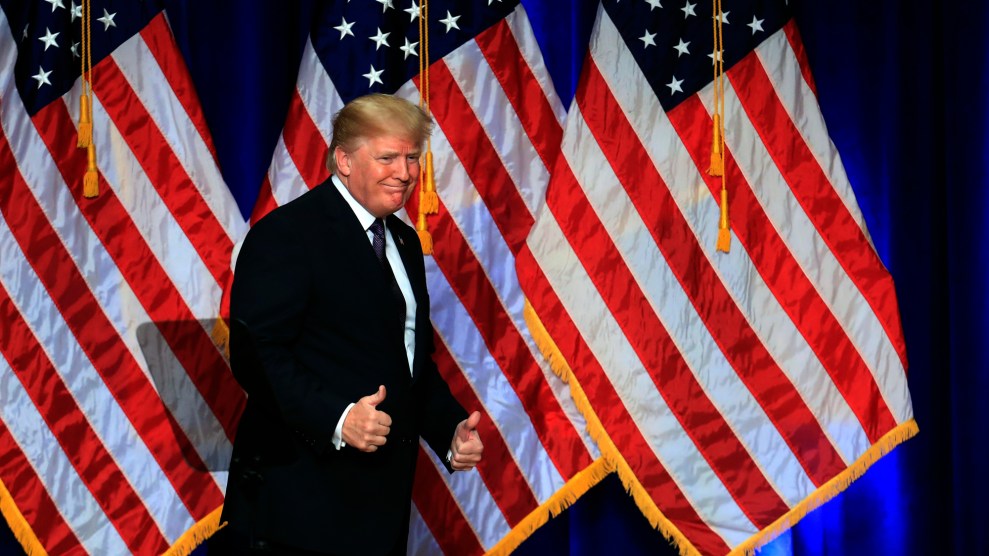 In a striking departure from the previous administration’s emphasis on the challenges posed by global warming, President Donald Trump’s first national security strategy does not list climate change as a threat to American interests.

“With the strategy I am announcing today, we are declaring that America is in the game and America is going to win,” Trump said during a speech in Washington on Monday. “This national security strategy emphasizes more than ever before the critical steps we must take to ensure the prosperity of our nation.”

Since Ronald Reagan, Congress has mandated presidents to present this broad policy document. Former President Barack Obama called climate change “an urgent and growing threat to our national security” in his final national security strategy, unveiled in 2015. That document listed the accelerating effects of warming—such as natural disasters, refugee flows and conflicts over resources such as food and water—alongside weapons of mass destruction and infectious disease.

By contrast, the only mention of climate in Trump’s strategy appears under a section on embracing “energy dominance,” which says that while “climate policies will continue to shape the global energy system,” American leadership is “indispensable to countering an anti-growth energy agenda that is detrimental to U.S. economic and energy security interests.”

Trump’s new strategy does acknowledge that the US will remain a global leader in “reducing traditional pollution, as well as greenhouse gases, while expanding our economy.” But it notes that this “achievement, which can serve as model to other countries,” will be a result of innovation and technology breakthroughs rather than “onerous regulation.”

In the past, politicians have put American energy “under lock and key,” Trump said in his speech Monday, adding that his strategy “embraces a future of American energy dominance and self sufficiency.”

He also brought up the Paris climate agreement, which he called “very expensive and unfair,” and he referred to his intention to withdraw from the deal.

At least one of the Trump administration’s top security officials disagrees with the president’s apparent determination that climate change is not a security threat. In written testimony provided to the Senate Armed Services Committee after his confirmation hearing, Secretary of Defense James Mattis asserted that climate change is a threat to American interests abroad and the Pentagon’s assets everywhere.

“The effects of a changing climate — such as increased maritime access to the Arctic, rising sea levels, desertification, among others — impact our security situation,” Mattis said, according to a copy of the testimony obtained by ProPublica. “I will ensure that the department continues to be prepared to conduct operations today and in the future, and that we are prepared to address the effects of a changing climate on our threat assessments, resources, and readiness,” Mattis added.