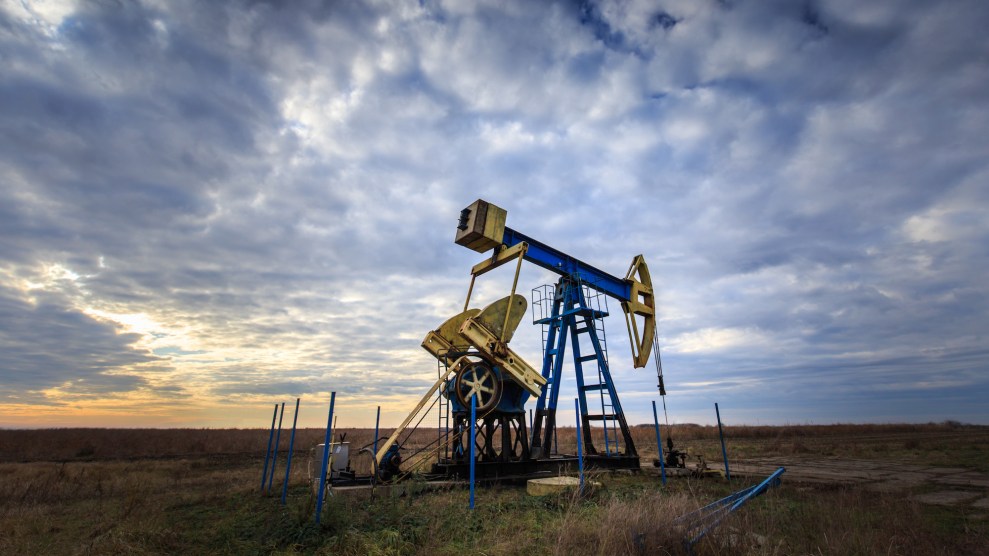 As earthquakes grow more frequent in the central United States—driven at least in part by the fracking boom—researchers have been working on sophisticated new tools, including satellites, underwater seismic sensors, and software to detect temblors and hopefully even predict them.

The latest unveiling is ConvNetQuake, a so-called convolutional neural network that detects and locates earthquakes using a single waveform. In plain language, it’s software that learns from past seismic data and then applies that knowledge to identify even very small quakes. Unlike traditional methods, ConvNetQuake doesn’t rely on triangulation. “What people used to do is they would use a lot of seismic stations,” says Thibaut Perol, a senior deep learning scientist at Gram Labs, an AI startup. “You don’t need three stations anymore. You can do it with one.”

ConvNetQuake is the subject of a peer-reviewed study published last week in the journal Science Advances. For the study, Perol and his collaborators, Massachusetts Institute of Technology graduate student Michaël Gharbi and Harvard assistant professor Marine Denolle, trained their network with real seismic data from 2014 to 2016.

“The reason we’re interested in detecting and locating the small ones is we can get an idea of how seismic activity evolves.”

When tested on a large data set—more than 132,000 earthquakes and “seismic noise” windows catalogued by the Oklahoma Geological Survey—the trained software correctly detected all earthquakes and had an overall precision rate of slightly under 95 percent.

The distinction between actual earthquakes and seismic noise is an important one, Perol says. Noise can be caused by anything from a tractor rolling by to ocean waves. “If you try to record someone talking inside a car, the noise made by the car is quite constant,” Perol explains. “While someone’s speaking, it’s a bunch of spiking, and you want to distinguish that from the noise. This is what we do naturally with our ears, but this is what we want to do naturally with earthquakes.”

Detecting small earthquakes has also been difficult in the central United States, where hydraulic fracturing—fracking—has exploded in recent years. Perol stops short of saying that fracking directly causes new quakes, but he points to research showing a strong correlation between fracking and quakes. (There are myriad other studies, too.) Unfortunately, ConvNetQuake can’t yet help scientists determine how much seismic activity is due to fracking, Perol says.

The next step is creating a probabilistic location map, a task the neural network is still working on—it has trouble with larger clusters of earthquakes. This is “not surprising,” the researchers say, because the software yet hasn’t been adequately trained. As ConvNetQuake works with larger data sets, its accuracy rate should improve further.

“The reason we’re interested in detecting and locating the small ones is we can get an idea of how seismic activity evolves,” Perol says. “The software will detect tons of earthquakes. Basically, all of this will be done in real time, and all of this information could be given to scientists so they could assess the risk faster.”

The ultimate goal? Long-term earthquake prediction. That doesn’t mean you’ll be able to get an alert saying, “an earthquake is coming in 10 seconds,” anytime soon. But Perol and his colleagues have made their code open-source in the hope that other researchers will experiment with it. Perol says he’s already had a few people reach out.

The software could also be deployed in other seismically active areas—say, along the San Andreas fault—“maybe predicting the next big one,” Perol says.