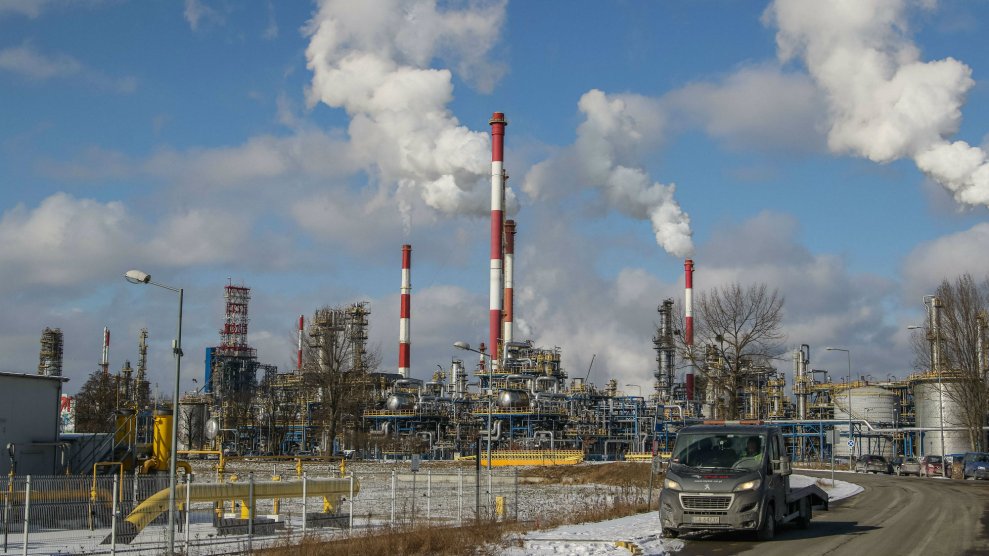 The level of carbon dioxide in the atmosphere has never been higher, scientists at a prominent Hawaii observatory announced last week. This was the most recent environmental milestone in a year that has been marked by the Trump administration dismantling many Obama-era environmental policy initiatives. CO2 is especially significant because it traps heat in the atmosphere and is seen as being one of the primary contributors to global warming.

Measurements conducted at the Mauna Loa observatory recorded global CO2 levels that exceeded 411 parts per million in May. These estimates were determined independently by scientists from the National Oceanic and Atmospheric Administration and Scripps Institution of Oceanography at the University of California, San Diego, who collected samples from the air over the past two months.

“There’s a whole lot of bad news here,” said Pieter Tans, the lead scientist of NOAA’s Global Greenhouse Gas Reference Network. “Our society, globally, is making a commitment to warming that will be there for several thousand years.”

“Our society, globally, is making a commitment to warming that will be there for several thousand years.”

Scientists are especially concerned about this increase because, unlike other prominent greenhouse gases like methane and nitrous oxide, carbon dioxide does not break down in the atmosphere. That chemical structure is a key reason why carbon dioxide plays an outsized role in contributing to global warming. When humans burn more fossil fuels, the carbon dioxide stays put, making emission a “one-way street,” Tans said.

The amount of CO2 humans add into the atmosphere has increased every year for centuries, but the rate of increase has begun to accelerate. For example, rates below 2 parts per million remained relatively steady from the 1960s-1990s, but in the past decade, most yearly averages have surged past that benchmark.

More Americans may be using renewable energy sources to power their cars and light their homes, but the Trump administration has been committed to reviving the coal industry and loosening regulations on automobile manufacturers and oil companies. Add to that, Trump’s momentous decision to withdraw from the Paris climate agreement, which aimed to curb the increase in global temperature this century to just 2 degrees Celsius above pre-industrial figures. After Trump’s decision, the Climate Action Tracker labeled the U.S. with its lowest possible rating: “critically insufficient.”

While the global CO2 output rose as a whole by 1.4 percent, the full effects of the Trump administration’s actions have yet to be experienced. According to a report from the International Energy Agency, carbon dioxide emissions from the US actually decreased in 2017.

Ralph Keeling, a professor of geochemistry at Scripps Institution of Oceanography, compared the impact of more CO2 in the atmosphere to a landfill, describing it as “the ultimate waste.”

“Many of us had hoped to see the rise of CO2 slowing by now, but sadly that isn’t the case…It could still happen in the next decade or so if renewables replace enough fossil fuels.” – Ralph Keeling, director of the @Scripps_Ocean CO2 Program @Keeling_curve #StepUp2018 https://t.co/2lYWfZ22HG