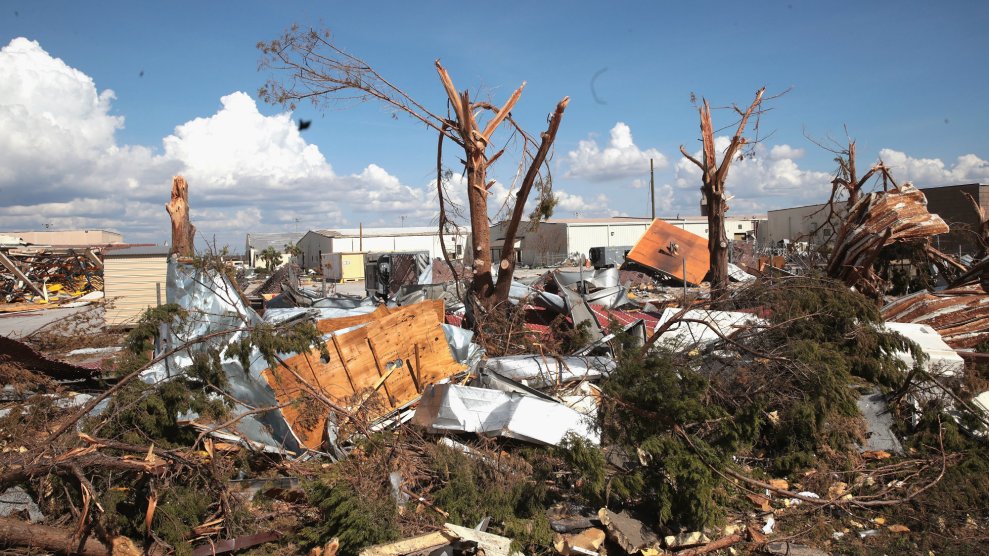 Inside the Department of Defense, climate change is settled science. At least six times in the last two years, senior military leaders have acknowledged as much to lawmakers during oversight hearings. Nonetheless, the Pentagon continues to botch its stated plans to fortify military bases and infrastructure against the looming threat of rising sea levels, drought, wildfires, and other climate-related threats, a report from the independent Government Accountability Office concluded this week.

The report, which was published on Wednesday, found that most installations visited by auditors “did not fully assess the risks associated with extreme weather and climate change effects.” Many of these bases did not substantially incorporate climate projections into their planning, including ones in areas at increased risk for flooding like Joint Base Pearl Harbor-Hickam in Hawaii. The report only found one project, across the 23 Army, Navy, and Air Force bases reviewed in total, that was designed according to projections of some climate change-related threat.

Climate change has become an increasingly visible concern for the Pentagon over the past year of extreme weather. Camp Lejeune, the largest Marine Corp base on the East Coast, and Tyndall Air Force Base in Florida were each devastated by hurricanes. Congress awarded both bases nearly $3 billion in disaster aid last week, but another hurricane season looms without a serious reckoning from the Pentagon as to how to cope with the menace from the storms.

The disconnect between acting Defense Secretary Patrick Shanahan and congressional Democrats, who have repeatedly emphasized this issue in hearings, became obvious in January when the Pentagon neglected to list the installations most vulnerable to climate change, as mandated by Congress. When they submitted a revised report in March, they did not include Tyndall and Camp Lejeune. Rep. Jim Langevin (D-RI), a House Armed Services Committee member, compared the Pentagon’s effort at the time to “a student rushing to finish a term paper” in a statement to Mother Jones. “Given this record, the assurances from the Secretary that he cares about resiliency ring hollow,” he said.

Under President Barack Obama, the Pentagon published a climate change roadmap and issued a department-wide directive to incorporate climate change risks into future planning and construction efforts. Those efforts have continued under President Donald Trump but are no longer a priority and, according to some former officials, even a liability given the commander in chief’s skepticism of global warming. “Tying things to climate change could invite a scrutiny that was undesired,” retired Rear Adm. Jonathan White, who led a Navy task force on climate change, told Mother Jones in December.

In other instances, White House officials have censored government employees from linking climate change to national security. Last week, a State Department intelligence agency was blocked from submitting prepared testimony to a House Intelligence Committee hearing on climate change. White House officials marked up the unreleased text, which was based on research from federal science agencies, with comments objecting to its “climate alarm propaganda.” That revelation followed similar stories of Trump administration officials blocking the release of a collective statement at last month’s Arctic Council meeting, which Secretary of State Mike Pompeo attended, over opposition to climate change references in it.

Unless the Pentagon gains some urgency, the drumbeat of criticism from independent watchdogs like GAO will keep coming. Sen. Elizabeth Warren (D-Mass.), who has used her perch on the Senate Armed Services panel to hammer the Pentagon’s efforts to adapt to climate change, has already asked GAO to investigate “the impacts of climate change on defense contractors and the defense supply chain.”

Until then, read GAO’s report from this week here: