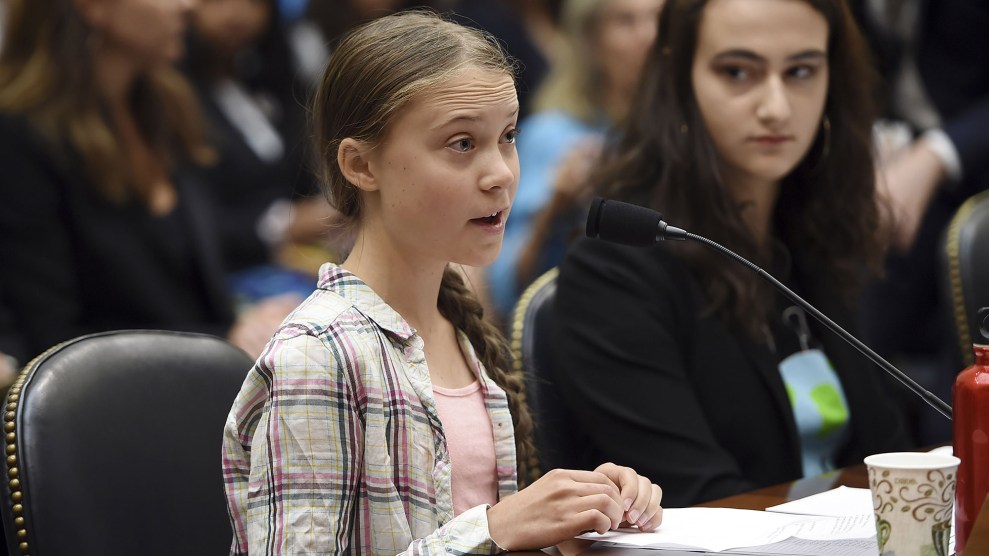 Greta Thunberg, the 16-year-old Swedish environmental activist who has inspired weekly school strikes for climate action around the world, dedicated her Wednesday morning Congressional testimony to the scientists who have outlined the irrefutable facts of climate change.

Instead of delivering prepared remarks at the joint hearing between the House Foreign Affairs Subcommittee on Energy, and the Environment and the House Select Committee on the Climate Crisis, Thunberg submitted to lawmakers a copy of the 2018 report by the UN Intergovernmental Panel on Climate Change on the effects of global warming of 1.5 degrees Celsius.

Last month, Thunberg sailed across the Atlantic Ocean in an emissions-free boat so that she could attend the United Nations Climate Summit in New York. She has taken a year off from school to pursue climate activism and has joined student strikers in New York and Washington, DC. in their weekly climate protests, known as Fridays for Future.

On Friday, September 20, Thunberg returns to New York to lead students and adults in a Global Climate Strike one day before the United Nations Youth Climate Summit. New York City’s 1.1 million public school students will be excused from classes Friday, and people around the world are expected to skip school and work to protest the lack of meaningful governmental action against climate change.

Just 16, @GretaThunberg is already one of our planet’s greatest advocates. Recognizing that her generation will bear the brunt of climate change, she’s unafraid to push for real action. She embodies our vision at the @ObamaFoundation: A future shaped by young leaders like her. pic.twitter.com/VgCPAaDp3C

.@GretaThunberg to Congress: “I know you are trying but just not hard enough.” She’s right. https://t.co/25s6epaXrq