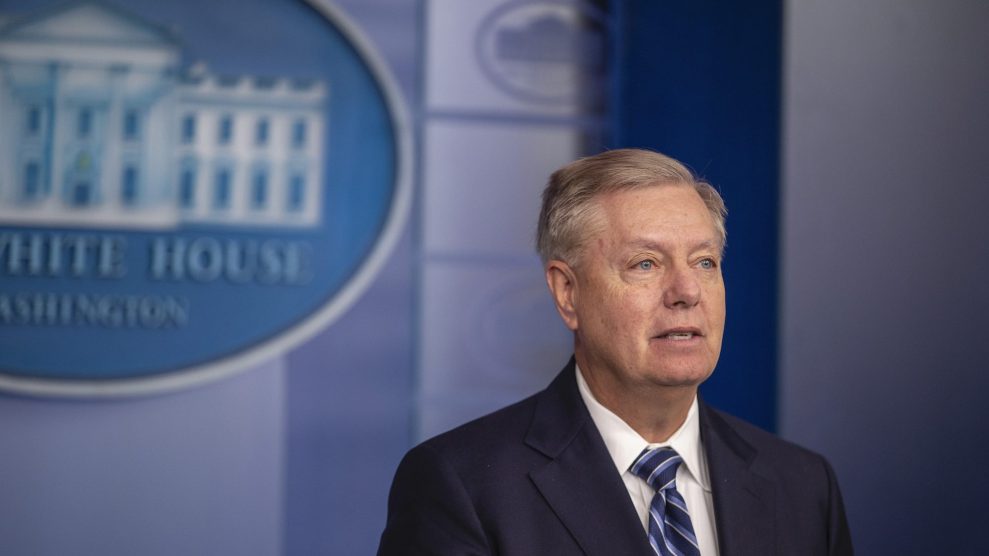 Congress has long been a place where climate policy goes to die. That could soon change, and not only because there’s an election coming up in less than a year.

A new bipartisan climate caucus has formed in the Senate. It’s similar to a climate caucus in the House that’s been around since 2016: There must be one Republican for every Democrat who joins, and the group aims to educate members on policy and, ideally, propose pathways to action. But the House version has run into some serious roadblocks: it lost a chunk of its right flank in the 2018 midterm election, and it’s having trouble recruiting enough Republican members for the many Democrats who wish to join.

In the few weeks since it’s been up and running, the caucus in the upper chamber has had no difficulty attracting high-profile GOP members. Senators Mitt Romney, Lisa Murkowski, and Marco Rubio are among the Republicans who have joined the group. Surprisingly, so has South Carolina’s Lindsey Graham, one of President Trump’s staunchest supporters.

“I believe climate change is real,” Graham said in a statement. “I also believe that we as Americans have the ability to come up with climate change solutions that can benefit our economy and our way of life.”

That sounds like the Lindsey Graham of yore, who was more centrist than firebrand. In 2009, Graham teamed up with Democratic Senator John Kerry to push for climate legislation in the Senate. In 2015, he garnered praise for being one of only two Republican presidential contenders who had a history of engaging with climate and environment issues. In 2017, he urged President Trump to stay in the Paris climate accord, arguing that the leader of the Republican Party should not break with the rest of the world on an issue supported by sound science.

In the two years since he disagreed with Trump on the Paris Agreement, an unearthly transformation has transpired: Graham devolved from independent lone wolf to White House lapdog so rapidly that researchers were forced to reevaluate Charles Darwin’s seminal theory. Graham’s sudden zeal for defending the actions of the Commander in Chief—a man he once called “unfit for office“—inspired him to do things like go on Trump’s favorite Fox News show to compliment the president’s golf game. “To every Republican, if you don’t stand behind this President, we’re not going to stand behind you,” he said in South Carolina in February.

Given Trump’s aversion to climate science and working with Democrats, Graham’s decision to join a bipartisan climate solutions caucus is odd. Is Graham reverting to his old centrist ways? Or is there a more cynical explanation for his presence on the caucus?

It’s possible—in the sense that almost anything is possible—that Graham genuinely wants to reach across the aisle to take action on climate change. His recent voting record on the environment is surprisingly strong, by Republican standards. So far in 2019, he has cast five pro-environment votes, according to the League of Conservation Voters, a political group that keeps track of how members of Congress vote on environmental policy. That’s a far better record than other Republican members of the caucus, like Romney and Rubio, who only cast one pro-environment vote this year each.

But there’s another potential explanation, one that’s more in line with the partisan choices Graham has made in the past couple of years of the Trump administration. Perhaps Graham joined the caucus not to work with Democrats, but to stymie them. His motivation might be to ensure that other lawmakers decide to adopt a conservative vision of climate action, instead of something like the Green New Deal.

“If the only thing out there is the Green New Deal, well, the American people will take it,” Bob Inglis, former US representative from Graham’s home state of South Carolina, told Grist. “You’ve got to get out there with an alternative. That’s what Republicans are doing, they’ve figured out how to enter the competition of ideas and present an alternative.”

Whether Graham and his fellow GOP-ers use the caucus as an opportunity to push for meaningful alternatives to progressive climate change solutions remains to be seen. The American Petroleum Institute, a group that has a long history of successfully lobbying against environmental regulations, called the caucus a “promising addition to the national conversation,” something that has climate activists on edge.

But activists would do well to remember that the new Lindsey Graham is in the habit of doing whatever is politically expedient. The South Carolinian may have sensed that denial may not serve the GOP much longer.