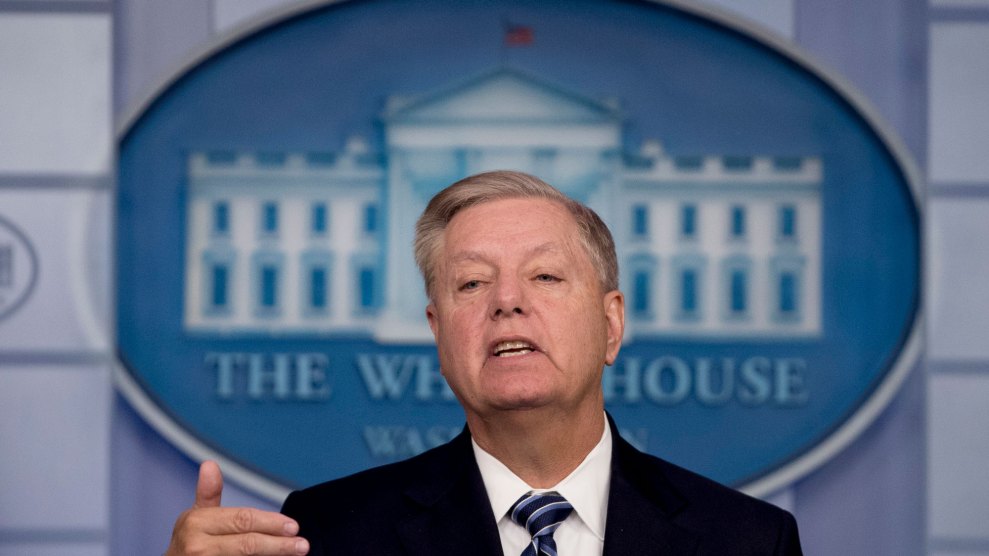 Even in the face of damning testimony and an arguably even more damning reversal from Gordon Sondland, leading Senate Republicans are still in denial: None of what is happening in the impeachment investigation means anything, how dare you ask such a dumb question, and even if it did, they wouldn’t know because they don’t know what you’re talking about.

This line of alternate-reality thinking is happening more and more frequently as things look increasingly dire for the president.

On Tuesday, Senate Majority Leader Mitch McConnell (R-Ky.) bluntly told reporters that the president would be acquitted if an impeachment trial took place today. (So, what happened to due process?)

Mitch McConnell said that President Trump faced a Senate impeachment trial today, he would be acquitted.
“I will say, I’m pretty sure how it’s likely to end,” he said. “If it were today, I don’t think there’s any question it would not lead to a removal.”

And while that’s not exactly shocking from McConnell, this one is a bit more fun: Sen. Lindsey Graham (R-SC), chair of the Senate Judiciary Committee, said he has simply “written the whole process off” and admits he’s refused to read any of the testimonies that have been publicly released this week—testimony that pretty clearly seems to back the idea that administration officials indeed engaged in a quid pro quo. He called it a “bunch of B.S.”

Lindsey Graham, the chairman of the Senate Judiciary Committee, says he won't read any of the transcripts, and dismissed Sondland's reversal.

"I've written the whole process off … I think this is a bunch of B.S."

On Twitter, folks were quick to point out that, just a couple of weeks ago, Graham opted for the idea that evidence of a quid pro quo by the president simply didn’t exist.