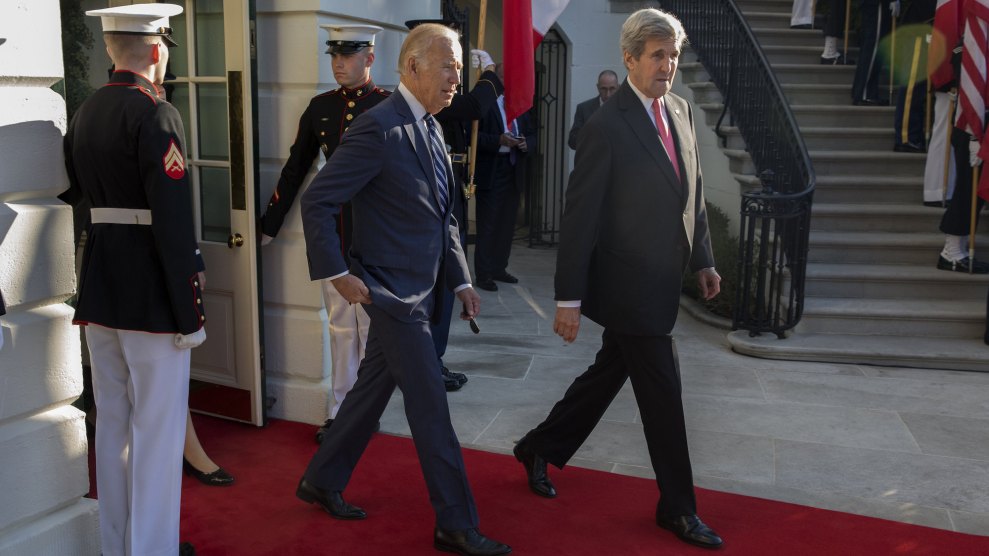 President-elect Joe Biden couldn’t have sent a stronger message to the world with his announcement Monday that John Kerry will be the special presidential envoy for climate. By appointing a former secretary of state whose signature achievements included brokering a climate change accord with China and personally negotiating the Paris climate agreement, it’s clear the United States is back on the world stage after four years of chaotic isolationism under President Donald Trump.

In this position, Kerry will represent US interests on the international stage. Former Secretary of State Hillary Clinton originally envisioned the special envoy position to represent the State Department in meetings with foreign officials, but with this high-profile appointment, Biden has given the role a major boost from its original conception. Rather than report to the secretary of state, Kerry will directly represent the president and sit on the powerful National Security Council.

Alden Meyer, an independent strategist with more than 30 years in international climate policy likened Kerry’s appointment as a “super-ambassador” position. “This is another signal to the world that the US is back when it comes to multilateral engagement and cooperation,” Meyer says, “and clearly a signal that climate is a geopolitical issue of the top order for the new administration.” Biden already has plans to nominate a high-level domestic counterpart to Kerry who will be instrumental in implementing the candidate’s campaign promises to transition from fossil fuels at home.

In the Obama administration, Kerry played a central role brokering the unprecedented first major climate agreement between the US and China in 2014, which managed to overcome longstanding deep divisions between rapidly expanding countries and western nations that bear most of the responsibility for climate change. At the 2015 United Nations conference to negotiate the Paris Climate Agreement, Kerry was personally involved that final week when countries settled questions on climate finance and ratification, a rare move by a secretary of state when such negotiations are usually handled by lower-level officials. During his tenure, he also headed the eight-nation Arctic National Council, refocusing its work from exploring the drilling potential in the Arctic to ocean conservation and climate change.

Kerry’s new job will be even more demanding. The world will expect more proof beyond rejoining the Paris agreement that the United States plans to implement serious pollution cuts. As reassurance, the United States will need to make new commitments for ratcheting down its emissions by 2030 and fund $2 billion of the remaining $3 billion from President Obama’s pledge to the international Green Climate Fund for developing nations, which Trump never fulfilled. As climate envoy, there’s even more he can tackle on rising global methane emissions and the treaty to phase out the potent greenhouse gas hydrofluorocarbons in air conditioners and refrigerators, which the Senate has still not ratified.

One area to watch is how the Biden administration handles natural gas exports, which are helping fuel both a methane and plastics crisis. While the majority of climate activists cheered Kerry’s appointment, some, like Food and Water Watch Action, remain concerned he will use his office to continue to promote fracking around the world, a complicated legacy left by the Obama administration. Kerry has spent the intervening years of the Trump administration heading a bipartisan, celebrity and political star-studded group called World War Zero that is focused on climate solutions; notably the group has not taken a stand against fracking .

Trump pursued a defeatist isolationist strategy that not only included withdrawing from the Paris Climate Agreement but also blowing up trade agreements and the Iran nuclear agreement, withdrawing from the World Health Organization, and antagonizing NATO allies. He claimed his policies would put America first, but the result was that America lagged behind the rest of the world. To date, the United States is the only country to have left the Paris agreement; meanwhile, 33 more countries have joined since 2017. Kerry’s appointment can be seen as the ultimate reproach to all that the Trump administration represented, by putting the person whose legacy Trump attacked and dismantled back in the driver’s seat.

“That they’ve got someone with the deep experience, relationships and stature of Secretary Kerry to take this role,” Meyer says, “underscores the seriousness President-elect Biden puts on this issue.”