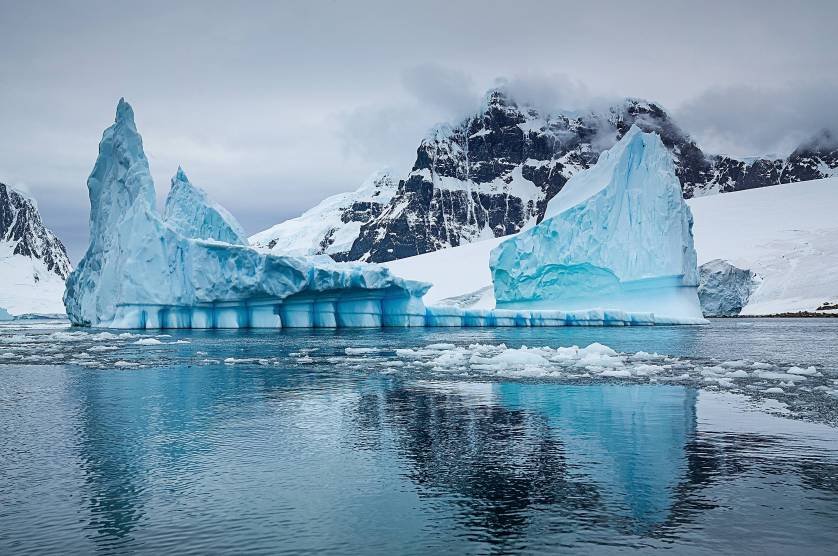 The melting of ice across the planet is accelerating at a record rate, with the melting of the Greenland and Antarctic ice sheets speeding up the fastest, research has found.

The rate of loss is now in line with the worst-case scenarios of the Intergovernmental Panel on Climate Change, the world’s leading authority on the climate, according to a paper published on Monday in the journal the Cryosphere.

Thomas Slater, lead author and research fellow at the Centre for Polar Observation and Modelling at the University of Leeds, warned that the consequences would be felt around the world. “Sea level rise on this scale will have very serious impacts on coastal communities this century,” he said.

Over the period studied, the rate of ice loss accelerated by 57 percent, the paper found, from 0.8 trillion  tons a year in the 1990s to 1.2 trillion tons a year by 2017. About half of all the ice lost was from land, which contributes directly to global sea level rises. The ice loss over the study period, from 1994 to 2017, is estimated to have raised sea levels by 35 millimeters.

The greatest quantities of ice were lost from floating ice in the polar regions, raising the risk of a feedback mechanism known as albedo loss. White ice reflects solar radiation back into space—the albedo effect—but when floating sea ice melts it uncovers dark water which absorbs more heat, speeding up the warming further in a feedback loop.

Glaciers showed the next biggest loss of ice volume, with more than 6 trillion tons lost between 1994 and 2017, about a quarter of global ice loss over the period. The shrinking of glaciers threatens to cause both flooding and water shortages in some regions, because as large volumes melt they can overwhelm downstream areas, then shrunken glaciers produce less of the steady water flow needed for agriculture.

Inès Otosaka, report co-author and a PhD researcher at the Centre for Polar Observation and Modelling, said: “As well as contributing to global mean sea level rise, mountain glaciers are also critical as a freshwater resource for local communities. The retreat of glaciers around the world is therefore of crucial importance, at both local and global scales.”

The study, titled Earth’s Ice Imbalance, used satellite observations over the 23-year period to assess ice all over the globe. Previous studies have examined parts of the world rather than making a comprehensive assessment of the data. The research team included the University of Edinburgh, University College London and Earthwave, a data science organization, and was funded by the UK Natural Environment Research Council.