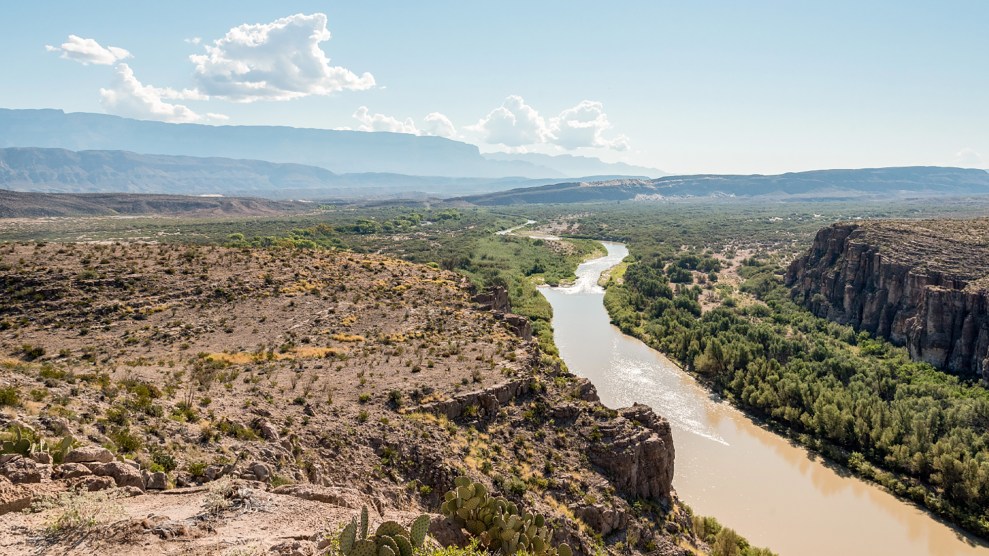 If you want to cross the Rillito River in Tucson, Arizona, anytime between October and July, you probably won’t need a boat, a bridge, waders or even waterproof shoes. Most of the year the river is an arroyo, a curvy strip of dry sand that holds no more than the memory of water: braided serpentine patterns in the sand, erosion-smoothed stones, debris wrapped around the trunks of the few hardy deciduous trees.

But when the Rillito springs to life, as it did on multiple occasions this summer, it becomes a river like any other, swelling up to 5,000 cubic feet per second or more, and rivaling the Southwest’s largest, fastest streams. The river carries silt and stones and seeds, chunks of wood and leaves, bugs and animal carcasses, not to mention all the garbage and whatever else has been dumped into the arroyo, tumbling all the way down to the Santa Cruz River. Folks have been known to kayak the Rillito in waters so tempestuous that helicopters are occasionally needed to rescue them.

On October 3, the Rillito River and thousands of other ephemeral or intermittent rivers, streams, arroyos, gullies, wetlands, marshes and prairie potholes are going to court—the US Supreme Court. The justices will hear Sackett vs. Environmental Protection Agency, and their decision could yank many of the Southwest’s waterways out from under federal jurisdiction, ripping the guts out of the Clean Water Act just in time for its 50th birthday this year.

The specific case dates back to 2007, when EPA officials ordered Chantell and Michael Sackett to stop backfilling their soggy half-acre lot on the shores of Idaho’s Priest Lake, where they wanted to build a cabin. The EPA had determined the wetlands were “waters of the United States,” or WOTUS, and therefore protected by the Clean Water Act. The Sacketts disagreed and took the feds to court. As the case wound its way through the legal system, the Sacketts’ cabin site transformed into the front line of a 50-year ideological battle over the definition of what constitutes legally decreed “waters.” The court’s decision—expected early next year—will have especially weighty implications for the arid West.

For years, the EPA and the US Army Corps of Engineers—the agencies charged with enforcing the Clean Water Act—agreed that everything from arroyos to prairie potholes to sloughs to mudflats fell under the heading of WOTUS, as long as their destruction or degradation might ultimately affect the nation’s traditionally navigable waters. It was a broad definition, and it gave the agencies latitude to “restore and maintain the chemical, physical, and biological integrity of the Nation’s waters,” as Congress mandated when it passed the act in 1972.

But developers, big agriculture, extractive industries and private property-rights ideologues have long pushed back, arguing that the definition is too broad.

SCOTUS has considered WOTUS a handful of times over the decades, tinkering with the definition in ways that have sometimes only further muddied the waters. The EPAs of various presidential administrations made their own adjustments based on their political leanings: Industry-friendly folks tended to exclude as much as they possibly could, while greener ones took a more inclusive tack.

Then, in 2006, the High Court handed down a divided, albeit landmark, decision in the Rapanos v. United States case, which started in 1989, when a Michigan developer drained and backfilled 22 acres of wetlands to build a shopping mall. He never applied for a permit and ignored federal and state officials’ cease-and-desist orders, arguing that the wetlands were immune from the Clean Water Act because they were not traditionally navigable waters.

The court’s 4-1-4 decision remanded the case back to the Appeals Court, so was not in itself definitive. But the late Justice Antonin Scalia’s plurality opinion sent ripples throughout the water world. He wrote that it was “beyond parody” to include “‘ephemeral streams,’ ‘wet meadows’ … and dry arroyos in the middle of the desert” under “waters of the United States.” He argued that WOTUS should only include “geographic features that are described in ordinary parlance as streams, oceans, rivers, and lakes.”

Scalia’s opinion not only confirmed his partiality towards the agriculture industry and real estate developers, many of who would gladly do away with the Clean Water Act altogether, but also his hostility toward what he called the “immense arid wastelands” of the Western United States. His pronouncement was interpreted as meaning that scores of Southwestern rivers, streams, and arroyos were not worthy of protection, even if they were as important to the communities and landscapes through which they ran as the mighty rivers of the Midwest or Northwest.

Justice Anthony Kennedy worried that Scalia’s arroyo-phobic definition would leave even major tributaries of the Los Angeles River without protection. He argued that a body of water needed only a “significant nexus” with a navigable stream to put it under federal jurisdiction. Justice John Paul Stevens noted that Scalia’s interpretation would allow agencies to go after polluters that damaged year-round streams. But any polluter who dumped into such a stream’s tributary—one that flowed only 290 days of the year, say— would get off scot-free, even if the pollution would affect the year-round stream equally.

Still, the anti-regulation crowd took Scalia’s definition and ran with it. George W. Bush’s EPA issued a rule excluding most ephemeral streams and isolated wetlands. The Obama administration later replaced it with a broader rule, but in 2020, the Trump administration released its own rule, which reverted to Scalia’s reading of WOTUS. Most significantly, it excluded ephemeral features, such as arroyos that “contain water only during or in response to rainfall,” as well as isolated wetlands and groundwater—thereby removing up to 94 percent of Arizona’s and 66 percent of California’s streams and rivers from federal oversight. Now the Biden administration is working on a new rule to replace Trump’s, even as the court decision looms.

The plaintiffs in Sackett, represented by the far-right Pacific Legal Institute, want Scalia’s definition to be set in stone, leaving it up to the states to decide whether to stop industry and developers like the Sacketts from dredging, filling and polluting arroyos and wetlands. Given the Supreme Court’s recent rulings, there’s a good chance it will follow Scalia’s lead—and maybe even go further. That kind of ruling would make it far easier to build the sprawling housing developments planned for the Arizona desert, such as Superstition Vistas outside of Phoenix or the Villages at Vigneto in the southeastern corner of the state, allowing developers to fill in or pave over arroyos, gullies and washes without even bothering to apply for a permit.

From the air, the arroyo networks of the West resemble circulatory systems, with tiny capillaries leading to veins and arteries, and all of it carrying lifeblood to the great body of the desert, even when they are temporarily dry. After the rains, the Rillito carries water and nutrients and elements through a riverside park in northern Tucson to the Santa Cruz River.

The Santa Cruz, which drains 8,200 square miles in Arizona and Mexico, was once a year-round stream, the land along its banks lush and shaded by towering leafy trees and mesquite forests, the waters sustaining the Hohokam people for millennia. Then the white settlers arrived, drilled groundwater wells and bled the river dry. Now, the often-dusty arroyo no longer makes it to its mother river, the Gila, thanks to all the diversions and development and depleted aquifers.