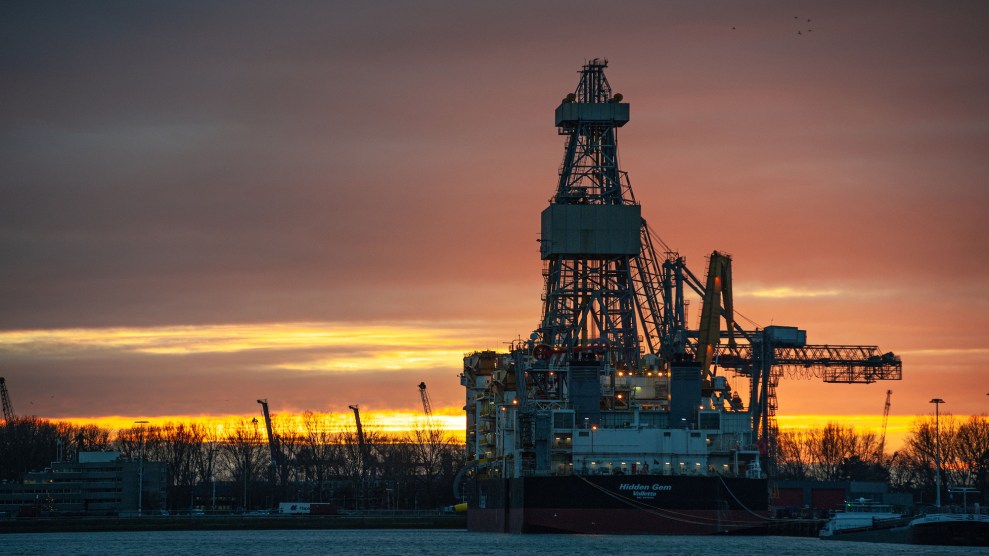 The ocean seafloor is one of the last true frontiers of the unexplored and unexploited. Even as the world above it lurches with the changes of global warming and human displacement, the bottom of the ocean has remained a place so inhospitable and difficult to reach that it is relatively undisturbed. It is by no means guaranteed to stay that way.

Buried underwater are in-demand metals that are needed to scale up the development of batteries, which themselves are crucial to technologies like electric vehicles. EVs, for their part, can help us reduce emissions and move toward a warming scenario that is even close to the realm of 1.5 degrees Celsius above preindustrial levels, as prescribed by the UN Intergovernmental Panel on Climate Change. Those EV batteries, however, rely on metals that are proving quite problematic to source. As a result, the international community is vying to complete a set of regulations that will allow for innovation while also protecting one of the world’s last relatively undisturbed ecosystems. It is a race to implement greener systems—and mitigate their effects.

In November, the International Seabed Authority—the UN agency broadly tasked with regulating mineral resources in international waters—held its 27th session to flesh out its developing plan to regulate and approve deep-sea mining operations. While there are already exploratory operations underway to provide proof of concept for the technology used to extract the precious minerals, regulations for commercial mining are slated to go into effect in July. Large-scale mining operations seem likely to follow soon after. In the rush to expedite the process and reap the benefits that a robust supply of the metals would supply to the EV market, regulations and technology are being developed side by side.

That’s good news for proponents of electric vehicles. Demand for cleaner and more efficient cars is skyrocketing—in the second quarter of 2022, electric vehicles made up 5.6 percent of the total auto market, up from 2.7 percent in the second quarter of 2021. A Bloomberg market analysis predicted that once EVs constituted approximately 5 percent of the market, it would mark the shift toward feasible mass adoption. In sum: EV production is rapidly ramping up, and it needs adequate metal supplies to fill demand.

But several countries and companies have publicly voiced their concerns with the quickly approaching July implementation deadline, arguing that neither the ISA nor the mining companies can definitively say that mining operations will not result in the lasting degradation of the seabed floor. They’ve called for a moratorium on deep-sea mining activities until the research can catch up to the technology.

One of the key risks is to the CCZ’s biodiversity—we know relatively little about what species even exist there.

The World Wildlife Fund has led efforts to get some of the largest companies and international heads of state to speak out against deep-sea mining. “The International Seabed Authority—the agency that, paradoxically, is responsible for licensing DSM [deep-sea mining] while also protecting the ocean from its impact—has proven itself unfit for purpose,” wrote the WWF. “We urgently need to change course, before irreparable damage is done.”

The regulations that are optimistically due to be implemented in July are not yet completed, leaving even more ambiguity. The July deadline was set when Nauru triggered the United Nations’ “two-year clause” back in 2021, in an effort to speed the approval process for commercial mining operations in conjunction with the Canadian startup the Metals Co. If the ISA fails to meet the deadline without another course of action in place, companies will be free to deep-sea mine without oversight from the organization.

Much of the risky deep-sea mining is likely to take place in the Clarion-Clipperton Zone, or CCZ, a 4,500-mile long fracture on the seabed floor. Located between Hawaii and Mexico, the CCZ is a massive reserve of some of the most in-demand metals for greenification. Nestled on this fracture are trillions of polymetallic nodules that look like balls of metal deposits and contain nickel, cobalt, copper, zinc, lithium, and manganese.

Currently, the metals are primarily sourced from on-shore mines that cause environmental havoc, such as ground destabilization and harm to local species, and often employ inhumane labor standards. Moreover, current mining practices aren’t keeping pace with the fast-growing market. Against this backdrop, companies are eyeing the CCZ and its seemingly limitless supply of in-demand metals, and feasibility and environmental impact tests are already paving the way for future commercial deep-sea mining operations. The Hidden Gem vessel, for example, carried out its first test operation in 2022 as a collaboration between Swiss subsea construction company Allseas and Canadian startup the Metals Co. The system picks up polymetallic nodules from the seabed floor, along with a small amount of sediment. The nodules are then sucked back to the surface through a series of tubes, and the remaining debris and seawater are returned to the CCZ. The test run removed more than 4.5 metric tons of nodules.

While the technology surrounding deep-sea mining is quickly progressing (in an effort to make the metals available as soon as possible), our understanding of the impacts of these activities is not keeping pace. In a survey, 88 percent of experts in the field said that information is “currently too sparse to minimize environmental risks and ensure the protection of the marine environment in the face of large-scale, deep-seabed mining.” Only 5 percent actively supported the idea that there was adequate information to make informed decisions about what would cause detrimental effects to the CCZ.

In the rush to monetize an incredibly valuable and untapped resource, political pressure will be at odds with conservation.

One of the key risks is to the CCZ’s biodiversity—we know relatively little about what species even exist there. Approximately 80 percent of the ocean is still unobserved, and scientists estimate that fewer than 10 percent of species have even been classified. Habitat destruction, sound and light pollution, and sediment clouds are all potential threats to the already fragile ecosystems and species that exist at the ocean’s depths. Connectivity, or interactions between populations, is not well studied in the deep sea, and we don’t know how the interruption of one species or system will domino into others. There is also limited understanding of deep-sea variability, or the “natural spatial and temporal trends” of a seafloor ecosystem, which is a key factor in resilience.

In a recent literature review on the environmental impacts of deep-sea mining, researchers warned against adopting new regulations or awarding contracts before there was “enough information to make science-based and data-driven decisions.” A primary concern is that this is a unique ecosystem already struggling to survive in warming waters—and further damage may be irreversible. In order to ethically mine the sea floor, there must be extensive testing to exhaustively prove that the impact to species and ecosystems is minimal and reversible. While corporations are able to attract capital and quickly pump resources into the research and development of tools that leave the ocean relatively intact, the scientific community needs time to properly investigate and vet the practices that may be greenlit by the International Seabed Authority in July.

In the interim, the 167 member states and the European Union have drafted proposals for the exploration and exploitation of the seafloor. Keeping pace with these guidelines will not be enough: In the rush to slow sea-level rise and monetize an incredibly valuable and untapped resource, political pressure will be at odds with conservation.

Meanwhile, the corporate side of deep-sea mining is going full steam ahead. “We are building a world where metals are not mined and dumped,” says the Metals Co., “but rented and returned.” In the company’s plan for a nodule-fueled future, the metals would be removed and put to use, and then later become part of a cycle where they can be more efficiently recycled than currently possible.

The company is developing that recycling technology alongside its mining apparatus—but based on the financial reporting period ending on Sep. 30, 2022, it had a net loss of $27.9 million. If things continue in that direction, it leaves only enough cash on hand for about nine more months of operation, which is just a few months past the anticipated timeframe for the official ISA regulations to go into effect. There are other smaller corporate players in the field, but they have not had the same kind of preemptive testing opportunities and are therefore even further behind on making mining practices sustainable.

The clock is quickly running down. If the new regulations go into effect in July, highly unpredictable mining methods will descend into the depths of the ocean. Reducing global reliance on fossil fuels is undoubtedly a crucial part of tackling climate change. But gambling the health of the ocean isn’t worth the risk.