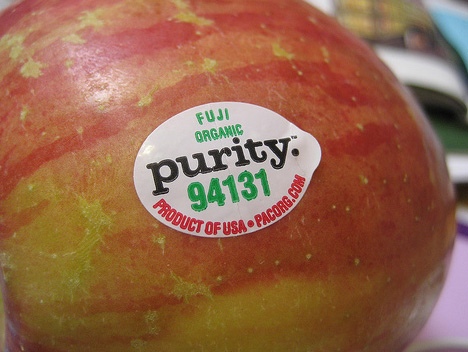 Are people who buy organic food a bunch of selfish, judgmental a-holes? That’s basically the conclusion of a new study published in the journal Social Psychology & Personality Science.

The study found that subjects who are exposed to images of organic foods “reduce prosocial behavior” and “harshen moral judgments” of others. The researcher, Kendall Eskine of Loyola University in New Orleans, took 60 people and split them into three groups. The first group was shown photos of clearly-marked organic foods, the second was shown comfort foods like cookies, and the third was shown control foods like rice or oatmeal. Then a variety of situations were laid out for them—like “second cousins having sex” or “a lawyer on the prowl in an ER trying to get people to sue for their injuries”—and they were asked to assign a moral judgment to each, on a scale of 1 to 7.

Eskine found that the organic group was more likely to judge the people in the stories harshly. The organic test subjects averaged a 5.5, while the controls averaged a 5 and the comfort food subjects averaged a 4.89. The scientists also asked the participants to state how much time they would offer to volunteer, from 1 to 30 minutes, and found that the subjects who saw the organic food photos were still jerkier than the rest. The organic food group offered to volunteer 13 minutes, while the rice people offered 19 minutes and the cookie people offered 24.

But why was the organic group meaner than the others? Eskine offers a suggestion:

“People may feel like they’ve done their good deed,” he says. “That they have permission, or license, to act unethically later on. It’s like when you go to the gym and run a few miles and you feel good about yourself, so you eat a candy bar.”

The study has inspired a number of responses online to the tune of, “See, we knew those pointy-headed argula eaters were a bunch of self-important dicks.” But as Jess Zimmerman points out over at Grist, the study is pretty flawed and probably aimed at pissing off organic eaters. For one, it treats shoplifting, eating your dead dog, and cousins engaging in consensual sex as equal moral issues when it averages their judgments. And secondly, it was a tiny sample size and all the subjects were college students.