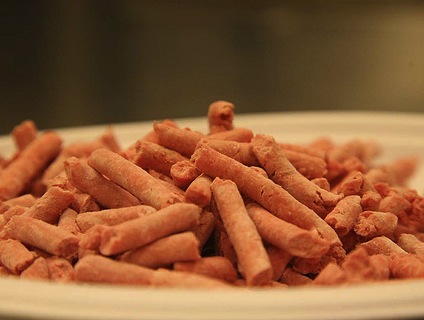 Lean, finely textured beef: Don't call it a comeback, it's been here for years. <a href="http://www.flickr.com/photos/pennstatelive/6851481490/">PennStateLive</a>/Flickr

When I wrote about a certain famous hamburger-meat filler last spring, I compared it to a “horror-film villain” that “takes a pounding but keeps coming back.” It turned out that the travails of pink slime—I beg your pardon, I meant to say, “lean, finely textured beef”—were just starting. ABC News would soon discuss it at length in a series of reports. Big institutional customers stopped buying the stuff in droves, forcing one of its main makers, Beef Products International, to shut down three of its four plants. Things got so grim that BPI resorted to hauling out Rick Perry to defend it. That campaign went about as well as the Texas governor’s presidential bid.

But now pink slime, or at least the company most associated with it, is back yet again, and with a vengeance. The Twitterverse is atwitter with news that BPI is launching a $1.2 billion defamation suit against ABC News and three whistleblowers—two federal employees and a former BPI worker —who spoke to the news network. ABC News is calling the suit “frivolous,”  AP reports, and that seems right. All ABC and the whistleblowers did was to describe in detail how the stuff is made. You can’t convincingly blame the messenger because you don’t like how the message went over with the public.

Meanwhile, Cargill, the vast agribiz company, is quietly contemplating ramping up its own production of “lean, finely textured beef.” A company spokesperson recently told the trade journal Food Navigator (registration required) that it had done focus groups on the stuff shortly after the media storm last spring, and found that concern over it was already “in consumers’ rearview mirror and fading fast.” The spokesperson added that some of its customers—big institutional buyers of ground beef—have expressed interest in buying pink slime again. Cargill is even prepared to start labeling products containing the elixir with the phrase, “includes finely textured beef,” it told the trade journal.

Whereas BPI famously uses ammonia to kill the pathogens lurking in the meat scraps that go into pink slime, Cargill uses citric acid, Food Navigator reports. That strikes me as a bit more palatable than ammonia.