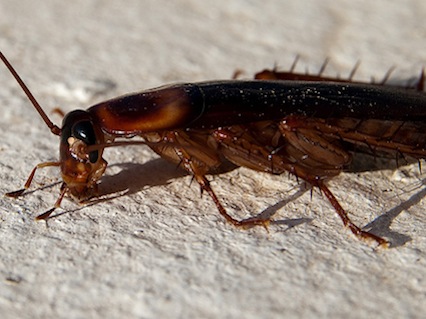 The specter of “pink slime”—pureed, defatted, and ammonia-laced slaughterhouse scraps—has caused quite the uproar over the past six weeks. (The latest: Propublica has a great explainer on pink slime and other filler products.) The current fixation on pink slime may well lead to the demise of the product; already, supermarket and fast-food chains and school cafeterias are opting to stop adding the stuff into their burger mixes. The company’s maker, Beef Products International, has had to temporarily shut down three of its four plants in response to collapsing demand, which doesn’t augur well for the company’s long-term health.

But I’m wondering if focusing on the ew-gross aspects of “lean, finely textured beef” (as the industry calls it) doesn’t miss the bigger picture, which is that the meat industry’s very business model is deeply gross. Even if pink slime is purged from the face of the earth, the system that produces our meat and related products (eggs, milk) won’t be fundamentally changed. A while back, I identified something about meat production that’s “even grosser than pink slime”—proposed new rules that would privatize inspection at poultry slaughterhouses while dramatically speeding up kill lines. Here are four more.

1. “Rodents on egg conveyor belts.” Want to see for yourself what it is like inside a teeming livestock confinements—or at least read an account from a journalist who’s been inside one? Good luck. The meat industry strictly protects its facilities from public view. That’s why animal-welfare groups have taken to sneaking camera-toting undercover agents into facilities posing as employees. Over and over again, what they record is horrific. The latest: An undercover Humane Society of the United States investigation found stomach-turning conditions at a facility run by Pennsylvania egg giant Kreider Farms. Here are some highlights:

• Rodents on egg conveyor belts
• Rotting corpses in cages with hens laying eggs for human consumption
• Hens stuck by their heads, legs and wings in cage wires
• Mummified hen carcasses in cages
• Overcrowding of hens in cages that only provide 54-58 square inches [less than 8 inches by eight inches] of living space per hen (well below the national average for egg-laying hens)
• Flies in barns so thick that the investigator had to scrape off his boots after walking down each aisle
• Piles of dead hens on floors of barns
• Dead flies in hens’ feeding troughs
• Barns so dark that workers needed head lamps and flashlights
• Ammonia levels so high that workers often had to wear masks
• Manure and eggs from some barns tested positive for salmonella
• Each worker is tasked with overseeing more than 100,000 animals.

There is nothing unusual about what the Humane Society found at Kreider. Last year, an enormous Iowa-based egg producer caused a salmonella outbreak by releasing more than half a billion tainted eggs. It was only after the fact that the FDA, which is supposed to oversee the egg industry, took a hard look at the company’s operations. The resulting report reads an awful lot like the Humane Society’s recent one. A picture emerges of the company’s egg-laying facilities as salmonella-ridden, dilapidated hovels characterized by rodent infestations, flies, and, everywhere, feces—both from the laying hens themselves and from wild birds scrounging for free feed.

Other investigations by animal-welfare groups have shown similar conditions at hog and cow confinements.

2. Chickens on sex hormones. What sort of additives is the livestock industry feeding the billions of creatures in its cages? Hard to say, because feed rations are a tightly guarded trade secret. So researchers at Johns Hopkins recently took a backdoor route to getting information on feeding practices: they analyzed the ground-up feathers of post-slaughter factory-farmed chickens (a product known as “feather meal”), on the principle that what birds eat gets taken up by their feathers. (Abstract here.)

The researchers analyzed 12 samples—10 from the US, two from China. First, the headline finding: Two of the US samples contained something called norgestimate, which the study disturbingly calls a “sex hormone.” The researchers found a range of other pharmaceuticals in the feathers as well. Ten of 12 samples contained caffeine, and the same number showed acetaminophen, the active ingredient in Tylenol. Four US samples contained diphenhydramin, active ingredient of Benadryl. Both Chinese samples contained the antidepressant fluoxetine, aka, Prozac. Prozac? What can all of this mean? It’s not hard to conjecture that factory-farm operators dose birds with caffeine to keep them awake and eating as long as possible—the better to fatten them up for slaughter—and then hitting them with painkillers and antihistamines to calm them down for needed rest. (The sex hormone norgestimate, the authors report, is used to reduce anxiety in birds.)

Then there’s the antibiotics. It’s not surprising that all 12 samples contained traces of at least two and as many as 10 different antibiotics. We know that the livestock industry gobbles up 80 percent of the antibiotics consumed in the US, which is a pretty gross fact in and of itself. The weird part is that 6 of the ten US samples contained a class of antibiotics that have been banned in poultry production since 2005—suggesting that some poultry producers may be feeding their birds products that have been prohibited by the FDA. If producers really are flouting the FDA’s mandatory rules, that’s sobering news, given that the agency is crossing its fingers that the industry will comply with its new “voluntary” set of antibiotics guidelines.

The authors say that the industry generates 4 billion pounds of ground-up feathers each year. What happens to it all, and all of the weird pharmaceuticals it contains? According to the authors, a significant portion of it gets put into livestock feed—for pigs, cows, fish, and even, yes, chickens. It also ends up on cropland as fertilizer.

3. Flies and cockroaches carrying antibiotic-resistant pathogens from factory farms to surrounding towns. I’ve written a lot about how the meat available at supermarkets routinely carries bacteria resistant to a range of antibiotics—and how that uncomfortable fact occasionally leads to deadly outbreaks, like one last year involving a Cargill plant in Arkansas that sent out 36 million pounds of turkey tainted with antibiotic-resistant salmonella. Well, there’s another way bacteria strains make their way from factory farms to what public-health officials call “the community” (i.e., potentially, you): through the cockroaches and flies drawn to the vast amounts of manure produced on factory farms. For a paper published last year in the journal Microbiology, researchers from North Carolina State and Kansas State universities took one for the team — i.e., the public. They did something few of us would want to do: rounded up common flies and roaches hanging around factory hog farms, and tested them to see what kinds of bacteria they were harboring.

Their finding? More than 90 percent of the insects sampled carried forms of the bacteria Enterococci that are resistant to at least one common antibiotic, and often more than one. In a press release, study coauthor Coby Schal, entomology professor at NC State, put the situation like this:

The big concern is not that humans will acquire drug-resistant bacteria from their properly cooked bacon or sausage, but rather that the bacteria will be transferred to humans from the common pests that live with pigs and then move in with us.

4. Slaughterhouse workers sometimes get weird brain disorders along with their crap wages. In a long and devastating Mother Jones article last summer, Ted Genoways described the plight of workers at the “head table” of a factory-scale pig-processing plant. Not only did they come down with a strange brain condition, apparently as a consequence of breathing in pulverized pig brains, but they also had to endure the evasions of their employer, Hormel, in its effort to escape liability.

The story’s brain angle is spectacular, but the broader narrative Genoways lays out is all too routine. In a single long piece, Genoways lays out the crude history of US meat over the past 80 years. We get the unionization of the kill floor in the wake of Sinclair’s The Jungle, the post-war emergence of meat packing as a proper middle-class job, the fierce anti-union backlash of the ’70s, followed by corporatization, scaling up, plunging wages, and then, well, all manner of hell breaking loose, graphically documented by Genoways.

By 2005, things had gotten so dire for meat-packing workers that Human Rights Watch—typically on the lookout for atrocities in war zones—saw fit to issue a scathing report  on their plight. The report’s title says it all: “Blood, Sweat, and Fear.” Here’s a taste:

Constant fear and risk is another feature of meat and poultry labor. Meatpacking work has  extraordinarily high rates of injury. Workers injured on the job may then face dismissal.  Workers risk losing their jobs when they exercise their rights to organize and bargain  collectively in an attempt to improve working conditions. And immigrant workers—an increasing percentage of the workforce in the industry—are particularly at risk. Language  difficulties often prevent them from being aware of their rights under the law and of specific  hazards in their work. Immigrant workers who are undocumented, as many are, risk  deportation if they seek to organize and to improve conditions.

For their trouble, meatpacking workers earn median annual income of $24,190, according to the Bureau of Labor Statistics—barely above the poverty line for a family of four.

So, yes, pink slime is gross stuff. Call me crazy, but I prefer my burgers without added ammonia. But it’s not even close to the grossest thing about our meat-production system—far from it.