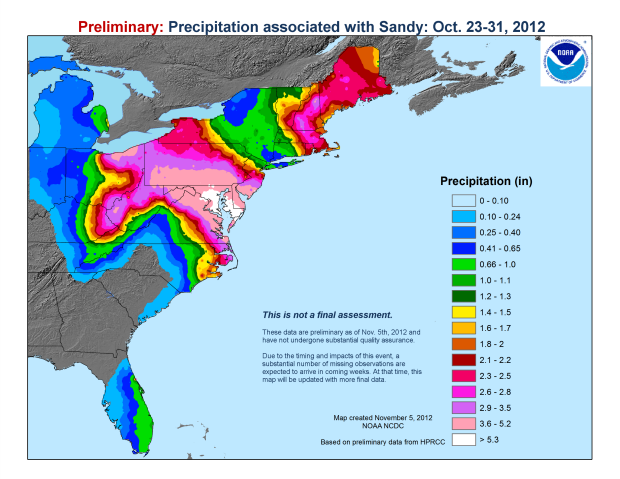 According to NOAA’s National Climatic Data Center State of the Climate Report, post-tropical cyclone Sandy made landfall with a central minimum pressure of 946 millibars—potentially a record low for the Northeast coast, pending further assessment. The storm also rated as the largest hurricane to form in the North Atlantic  in terms of wind spread, with a gale diameter of 945 miles.

This month’s report focuses on Sandy as the monster rampaging through October. Here are a few other noteworthy  stats associated with that storm: 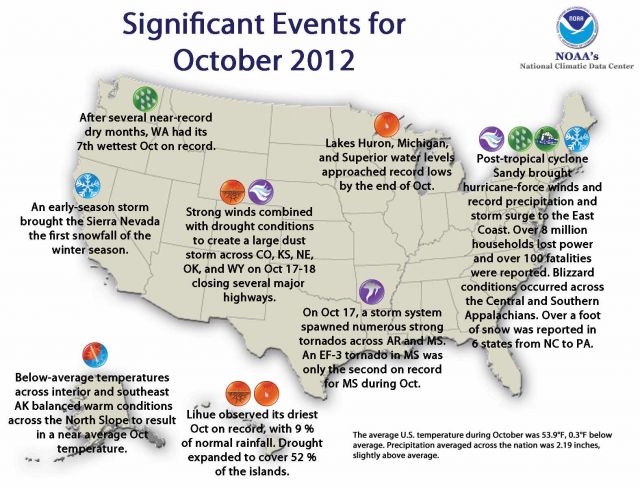 Aside from Sandy’s mayhem, October was shaping up to be a relatively benign month by 21st century standards. The average temperature in the lower 48 was 53.9°F—0.3°F below the long-term average. That ended a 16-month streak of above-average temperatures starting in June 2011.

But even October couldn’t mitigate the bigger picture for the year. The period between January and October 2012 saw the warmest first ten months of any year on record for the contiguous US dating back to 1895. 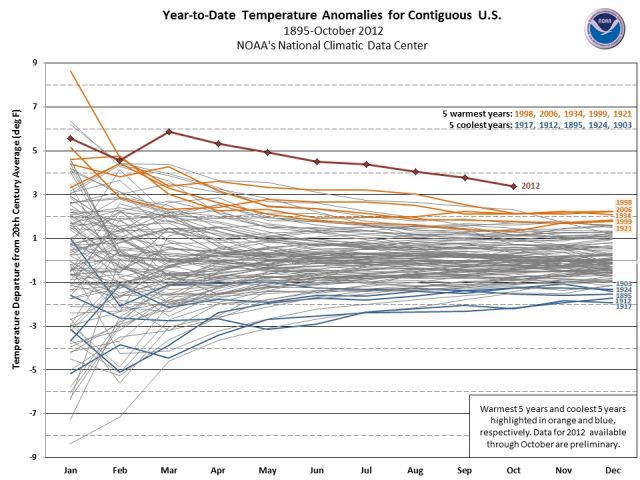 As you can see from this graph, previous record hot years dating back to 1895 were wiped out by 2012’s heat so far (click graph for larger image). That heat led to a few other costly complications in terms of drought and crop failures:

The U.S. Climate Extremes Index (USCEI), an index that tracks the highest and lowest 10 percent of extremes in temperature, precipitation, drought and tropical cyclones across the contiguous U.S., was nearly twice the average value during the January-October period, and marked the second highest USCEI value for the period. Extremes in warm daytime temperatures, warm nighttime temperatures, and the spatial extent of drought conditions contributed to the record high USCEI value.