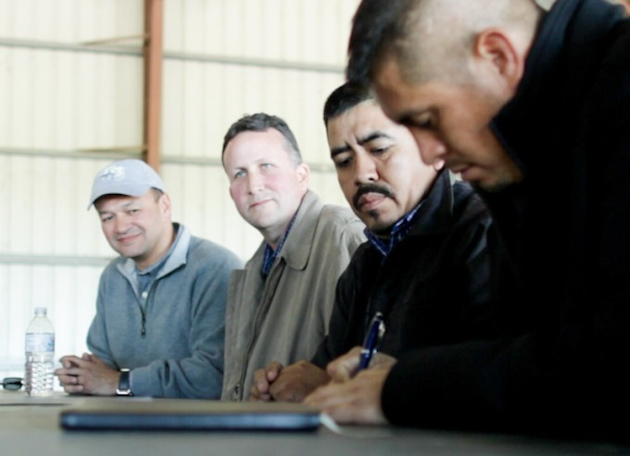 Before fast-food workers began agitating for a liveable wage, before Walmart employees began holding public demonstrations to demand better pay from the largest US private employer, there was the Coalition of Immokalee Workers in Florida’s vast tomato fields.

Living in dire conditions, disempowered by their status as undocumented migrants from points south, making sub-poverty wages, subjected to often-violent repression and sometimes outright slavery—all depicted in detail in Barry Estabrook’s Tomatoland—the workers rolled out an ambitious and quixotic-seeming strategy to improve their lot in the mid-2000s. Rather than continuing to knock their heads against Florida’s entrenched tomato barons directly, CIW instead brought battle to their case to the growers’ customers: massive fast-food chains.

Using boycotts and partnering with college-student activists, CIW demanded that the chains pay an extra penny per pound for their tomatoes, which would then be passed on directly to the workers. A penny per pound would represent the first major pay raise in years for the workers, and a minor dip in profits for massive chains like McDonalds. Yet the chains fought back, sometimes voraciously.

And then, one by one, they fell: first YUM Brands (Taco Bell) signed the penny-a-pound pledge, then McDonalds, then Burger King, and finally, after a long battle, Chipotle Grill. After that, CIW turned its attention to retailers, signing agreements with Whole Foods and Trader Joe’s.

Late Thursday, CIW netted the biggest fish of all: Walmart, by far the largest private food buyer in the US. A company that muscled its way to the top of the US corporate heap by pinching pennies—squeezing suppliers and its own workers relentlessly—has now agreed to shell out an extra penny per pound for tomatoes.

CIW has shown yet again that scrappy workers, sufficiently organized, can win concessions from even the most ruthless companies. Barry Estabrook has more.