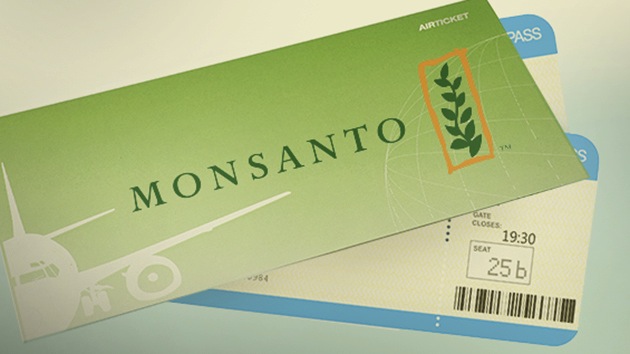 UPDATE: In an emailed statement, SXSW Eco director Scott Wilcox wrote that Monsanto had openly submitted, via Panel Picker, another panel, “Bees: What the Buzz is All About,” which the organizers accepted “because we thought it had merit.” Monsanto’s sponsorship was not noted in the program, but the session did include a panelist, Jerry Hayes, who is identified as a Monsanto employee. As for the “Farming to Feed 9 Billion” panel, the organizers “were as surprised as our attendees when the moderator/organizer … announced at the beginning of the session that Monsanto had paid all the participants’ travel expenses to speak on the panel.” He added: “Ultimately, it is lack of transparency on the part of Monsanto and the panel’s moderator that is the biggest issue for our team. It is essential to our conference that the origins of the viewpoints that will be presented are fully disclosed to maintain the trust that is so valued within our SXSW Eco community.”

Let’s face it: While panels at conferences can be fun, interesting, even provocative, rarely do they provide drama, intrigue, or surprise. On Wednesday at South by Southwest Eco in Austin, my colleague Kiera Butler and I sat on a panel that counts as a genuine exception. And it had nothing to do with our own oratorical skills or those of our excellent co-panelists, author and agriculture researcher Raj Patel and Texas A&M cotton breeder Jane Dever.

So here’s what happened: Our session, titled, “GMOs Real Talk: The Hype, the Hope, the Science,” proceeded as you might expect. I thought we had a pretty robust discussion of the potential and pitfalls of biotechnology in contributing to global food security going forward. Then, at the very end of the hour, during the Q&A session, a SXSW Eco staffer took the mic and dropped a bombshell: She alleged that the GMO seed/pesticide giant Monsanto had sponsored several earlier panels—paying the travel expenses of  the participants—without disclosing it to the organizers.

Monsanto had sponsored several panels—paying the travel expenses of  the participants—without disclosing it to the organizers, alleged a conference staffer.

The standing-room-only crowd—which had greeted our biotech-skeptical discussion warmly—erupted in guffaws and gasps. Soon after, Monsanto online-engagement specialist Janice Person bravely took the mic. The room took on the electric charge of a public confrontation in the mythical Old West: the accused party straining to calm a pitchfork-bearing mob. She assured the highly skeptical room that the company had no intention to mislead the organizers and just wanted to participate in the discussion. And thus our panel ended, in glorious chaos. “Once again, Monsanto gets the last word,” Patel quipped. As far as I know, no Monsanto employees were physically harmed in the process. Later, Person expanded her thoughts into this blog post and told me via email that “we regret if there was a misunderstanding,” and “it was certainly not something we tried to hide.”

But I, too, was surprised. While we were preparing our SXSW Eco panel, we had a participant drop out late in the process. I wanted to find a replacement who would cogently defend the industry—I like to be on panels with the frisson of controversy, the energy of open debate. If I had known the Eco conference would be chockfull of Monsanto people, I would have tried to snag one to join us on stage. But when I glanced over the program, the “Farming to Feed 9 Billion” certainly didn’t catch my eye. Moderated by Tim McDonald, former director of community at Huffington Post, it featured three farmers, none of whom listed any Monsanto affiliation.

In a later email, McDonald described for me how the panel came to be: “A friend of mine…who works for Monsanto asked me if I would be interested” in pitching an SXSW Eco panel, he wrote. “I told her if they would cover my travel and work on getting the panelists, I would be happy to organize and moderate the panel.”

As it happens, I attended that panel, which took place Monday. At the start, the moderator, McDonald, announced that Monsanto had paid for his and the other panelists travel expenses, but promised an open dialogue all the same. I somehow missed his saying that, but I did note on Twitter that several Monsanto-affiliated folks were enthusiastically live-tweeting the discussion, which I frankly found rather vague and diffuse. Apparently, McDonald’s disclosure from the stage was the first indication of Monsanto’s involvement that the conference’s organizers got. And judging from the SXSW Eco staffer’s announcement at our panel, they were none too pleased with the lack of transparency. (I’ve reached out to SXSW Eco for comment; I’ll update when I hear back.)

In the end, Monsanto’s SXSW Eco kerfuffle takes its place in the annals of awkward corporate PR maneuvers, alongside the company’s ill-starred attempt to pay experts to participate in an “an exciting video series” on the “topics of food, food chains and sustainability” as part of sponsored content for the publisher Condé Nast.