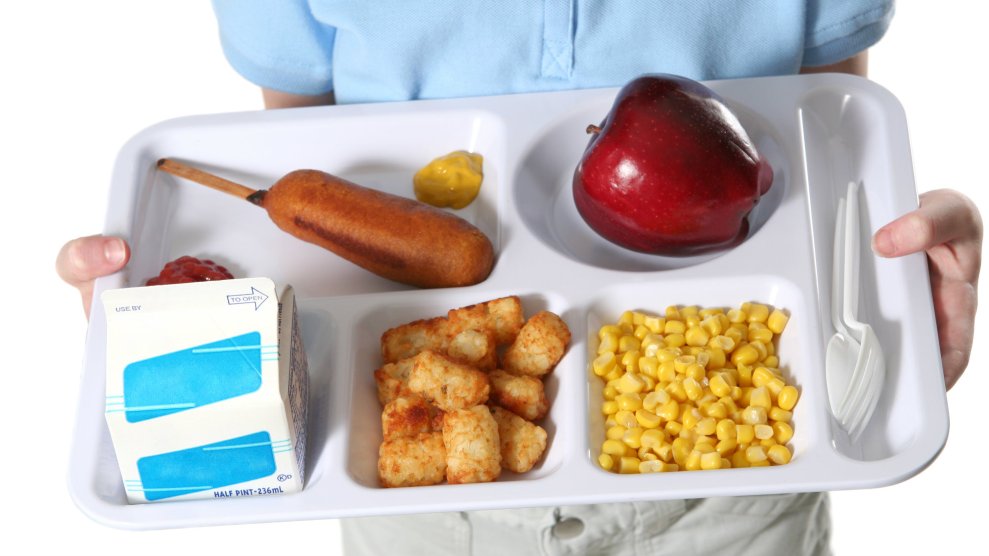 The Trump administration has yet another proposal that could disproportionately harm the most vulnerable Americans. Last Friday, the US Department of Agriculture introduced a rule that would allow the nation’s schools to shrink the amount of healthy foods provided to children. The rule is just the latest in the administration’s attempt to dismantle the Healthy, Hunger Free Kids Act of 2010, an initiative championed by former First Lady Michelle Obama.

“While there’s plenty of room to strengthen school nutrition further, these proposals instead are basically aiming a flamethrower at it.”

The new rule would allow schools to reduce the amount of fruit included in breakfasts served as on-the-go from one cup to a half a cup. Sweet pastries and granola bars could fill the rest of the required calories. And for lunch, schools can serve potatoes as a vegetable. The rule would also allow them more flexibility in serving pizza, burgers, and french fries a la carte. In a press release on Friday, US Department of Agriculture Secretary Sonny Perdue asserted that the rollback is necessary because “schools and school districts continue to tell us that there is still too much food waste and that more common-sense flexibility is needed to provide students nutritious and appetizing meals.”

A study commissioned by Perdue’s own agency and released last April contradicts this claim. Comparing school years before and after the Obama reforms, it found that serving healthier food did not result in significantly higher costs for cafeterias or increased food waste. After the reforms were implemented, lunches did get healthier, the researchers found: students consumed more whole grains, greens, and beans, as well as fewer “empty calories (added sugar and solid fats) and less sodium.

Advocates scoffed at Trump’s new proposed plan. “The Trump Administration’s assault on children’s health continues today under the guise of ‘simplifying’ school meals,” Colin Schwartz, the deputy legislative director of legislative affairs at the Center for the Science in the Public Interest said in a statement. “While there’s plenty of room to strengthen school nutrition further, these proposals instead are basically aiming a flamethrower at it.”

Nearly 30 million children eat lunch at school a day, and 20 million of those qualify for free lunch.

If it goes into effect, the new rule could have major implications for students across the country. Nearly 30 million children eat lunch at school a day, and 20 million of those qualify for free lunch. These kids rely on school-provided meals for nearly half of their daily calorie needs and 40 percent of their vegetable intake, essentially making free school lunch a social safety net for low-income kids.

In his press release, the USDA’s Perdue painted the changes as a response to overwhelming demand from school cafeteria administrators. “We listened and now we’re getting to work,” he said. Meanwhile, attorneys general from seven states and the District of Columbia are pursuing a lawsuit, filed last April, charging that the reversals were made without public input and were “not based on tested nutritional research.”