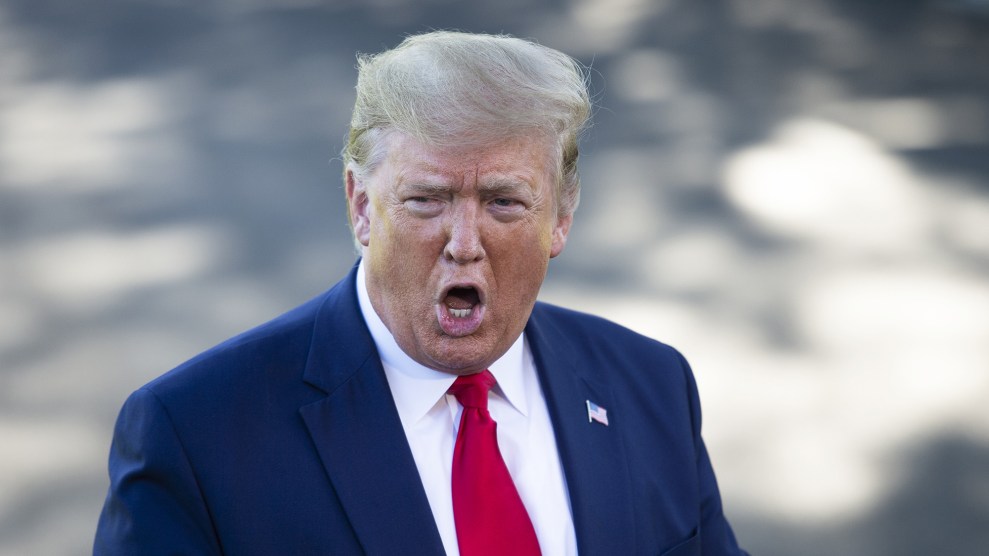 It appears there was yet another bombshell in former White House adviser Fiona Hill’s testimony Monday about the Ukraine scandal.

Hill has reportedly informed investigators that Gordon Sondland—the GOP megadonor who serves as US ambassador to the European Union—told Ukrainian officials that they should investigate the Bidens in order to secure an in-person meeting between President Donald Trump with Ukraine’s new leader. Sondland is expected to testify on Thursday.

In a White House meeting, Sondland tells Ukrainians they will get a Trump meeting if they open the investigations Trump wants. Then, Sondland follows the Ukrainians out of the meeting to privately make clear he's talking about Hunter Biden.

The Trump administration appears to have been holding two things over the head of Ukraine’s president, Volodymyr Zelensky, as it demanded investigations into both the Bidens and the origins of the FBI’s Russia investigation. One was military aid, which Trump held up until late summer. The other was a potential face-to-face meeting between Trump and Zelensky, something the new Ukrainian government seemed to want badly in order to showcase its close relationship with the United States.

Sondland became a central figure in the scandal when text messages turned over to Congress showed him discussing relations with Ukraine, including efforts to get the Ukrainians to pursue politically motivated investigations in exchange for favors from Washington. In one exchange, diplomat Bill Taylor texted, “I think it’s crazy to withhold security assistance for help with a political campaign.” After speaking with Trump, Sondland responded that Trump had made clear that there were “no quid pro quo’s of any kind.” According to Hill’s testimony, Sondland may have known that wasn’t true.