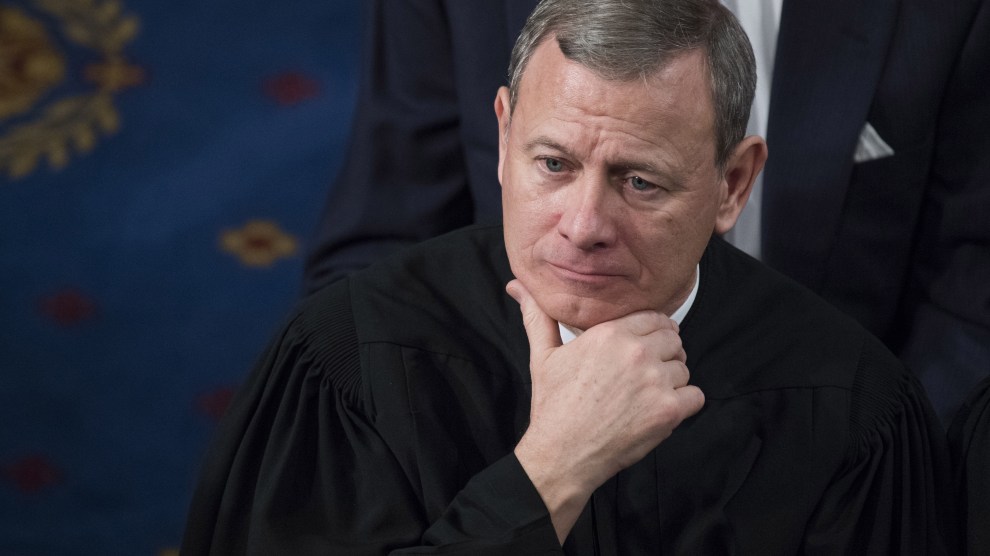 Follow me, if you will, on a brief hypothetical journey. Let’s say the House of Representatives draws up and passes articles of impeachment against President Donald Trump. Per the Constitution, Chief Justice John Roberts would preside over Trump’s trial in the Senate. Now, imagine Roberts—a George W. Bush appointee—recusing himself from the trial because he once publicly emphasized judges’ responsibility to act in a non-partisan manner.

That’s how influential Trump supporter and radio host John Cardillo would have it, the conservative Washington Times reported Sunday. Cardillo claims that a statement made by Roberts in November 2018—in response to Trump’s criticism of a federal judge—means that he is biased against the president.

“We do not have Obama judges or Trump judges, Bush judges or Clinton judges,” Roberts wrote last year in a statement released by the court’s public information office. “What we have is an extraordinary group of dedicated judges doing their level best to do equal right to those appearing before them.”

For Cardillo, these comments are apparently disqualifying. “There is already a crisis of confidence among the American people that we have a fair system of justice,” he said, according to the Times. “When you have a chief justice of the Supreme Court overtly making comments that are derogatory to the president of the United States, take all speculation out of the process.”

The framing of the article suggests the Times is taking Cardillo’s argument seriously, though the story does make clear that constitutional law experts roundly reject Cardillo’s reasoning. Orin Kerr, a scholar at UC Berkeley, called the argument for recusal “weak” and “hard to square” with the Constitution.

Arguments that the Chief Justice should recuse because of his past spats with Trump seem both weak & hard to square w/ the clear constitutional text: "When the President of the United States is tried, the Chief Justice shall preside." Art 1, S. 3, P. 6. https://t.co/wAn1vyS5SA

In the unlikely event that Roberts did decide to recuse himself, the most senior justice would step in, according to one expert cited by the Times. That’s Clarence Thomas, the most conservative member of the court.