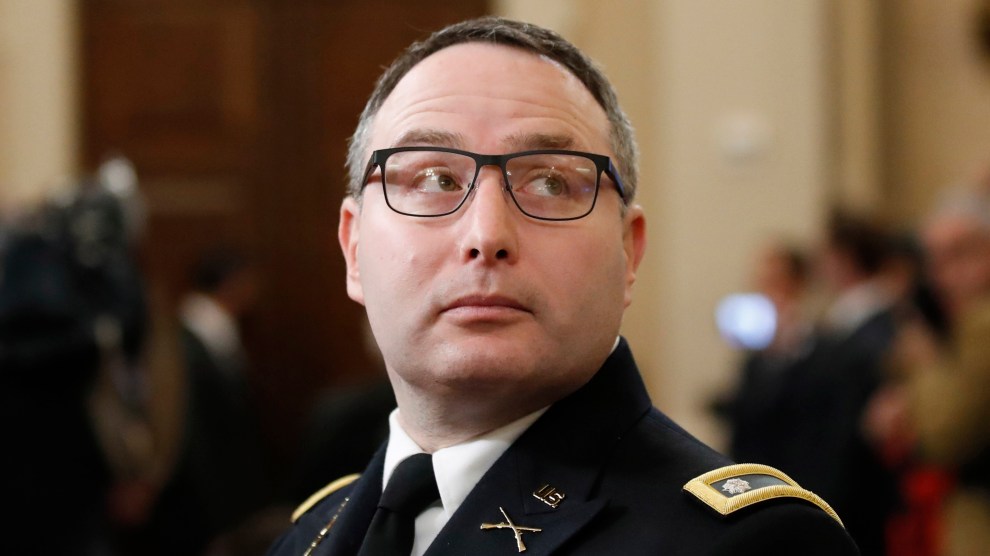 During his opening statement at Tuesday’s impeachment hearing, Lieutenant Colonel Alexander Vindman, the Ukraine expert on the National Security Council who listened in on President Donald Trump’s July 25 phone call with Volodymyr Zelensky, explained why he felt compelled to report the call to the NSC legal advisor.

“I was concerned by the call. What I heard was improper,” the 20-year Army veteran said. “It is improper for the President of the United States to demand a foreign government investigate a US citizen and political opponent. It was also clear that if Ukraine pursued an investigation into the 2016 election, the Bidens, and Burisma, it would be interpreted as a partisan play.”

“This would undoubtedly result in Ukraine losing bipartisan support, undermine US national security, and advance Russia’s strategic objectives in the region,” he continued.

Vindman concluded by reflecting on his father’s decision to bring his family to the United States as refugees from the Soviet Union 40 years ago. He commented that speaking out against the government would not have been tolerated in countries less committed to free speech.

“Dad, my sitting here today, in the US Capitol, talking to our elected officials, is proof that you made the right decision 40 years ago to leave the Soviet Union and come here to the United States of America in search of a better life for our family,” he said. “Do not worry, I will be fine for telling the truth.”