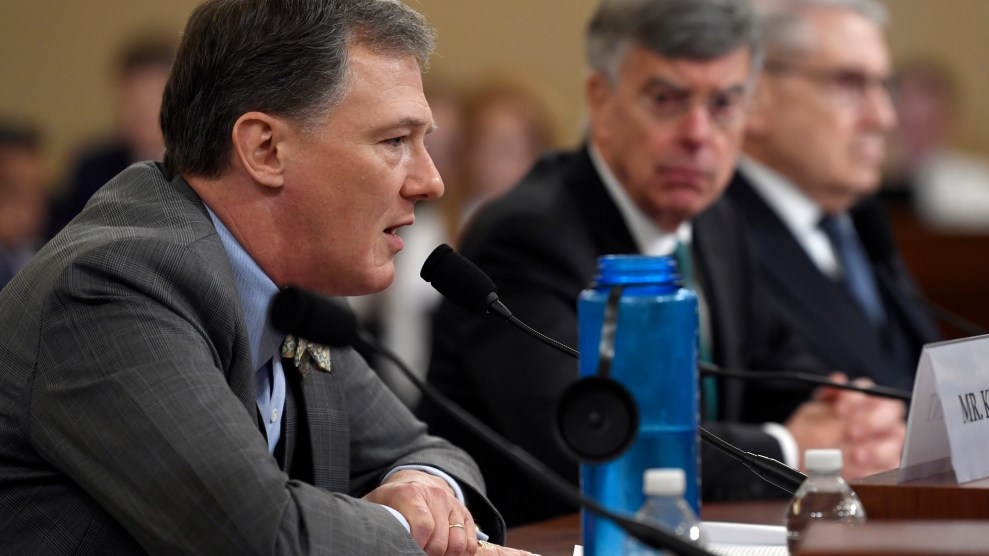 During questioning by Rep. Jim Himes (D-Conn.) at Wednesday’s impeachment hearing, George Kent, the top State Department official in charge of Ukraine relations, dismantled a popular right-wing argument: No, President Donald Trump’s efforts to get Ukraine to investigate the Bidens are not in fact the same as the former vice president’s efforts to remove corrupt then–Prosecutor General Viktor Shokin.

Himes asked Kent whether he thought Trump’s efforts to persuade Ukrainian President Volodymyr Zelensky to investigate the Bidens in a July phone call sounded like “the president participating in or requesting a thoughtful and well-calibrated anti-corruption program.” Kent replied, “I do not.”

Himes then asked Kent, “Is what the president did in his phone call and what Joe Biden did in terms of Mr. Shokin, are those exactly the same things?”

“I do not think they are the same things,” Kent replied. “What former Vice President Biden requested of former President of Ukraine Poroshenko was the removal of a corrupt prosecutor general, Viktor Shokin, who had undermined a program of assistance that we had spent, again, US taxpayer money to try to build an independent investigator unit to go after corrupt prosecutors.”

Kent says he does not think what Biden did in trying to get Ukraine to fire prosecutor Shokin is the same as what Trump did. Kent says Shokin was a "corrupt prosecutor general…who had undermined" a US anti-corruption initiative involving US taxpayer money.

Kent explains a key point: Despite what Republicans would have you believe, Biden's policy in Ukraine was all about *rooting out corruption,* not encouraging it. pic.twitter.com/qEiZZdLlq6