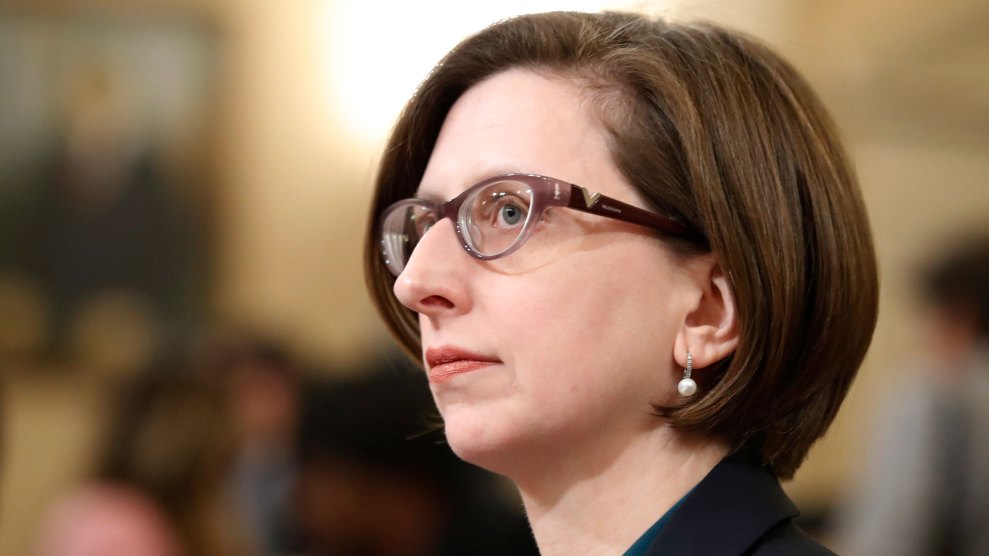 On Wednesday, a top Pentagon official, Laura Cooper, told House lawmakers that her staff received word from Ukraine’s embassy asking about “security assistance” in an email on July 25—the same day that President Donald Trump had his now-famous phone call with Ukraine’s president.

The revelation undercuts a major GOP argument and signals that Ukrainian officials may have been aware of the withheld security aid long before was previously known. Republicans have argued, how could Trump pressure Ukrainian President Volodymyr Zelensky to conduct investigations in exchange for aid, if Zelensky didn’t even know the aid was being held up? Republicans have tried to say Ukrainians didn’t know about the hold until a late August article in Politico made the move public.

Specifically, Cooper, who serves deputy assistant secretary of defense for Russian and Ukrainian affairs, told lawmakers that one of her staffers received an email on July 25 from a Ukrainian embassy contact asking “what was going on with Ukraine security assistance.”

NEW: Laura Cooper says since her closed-door testimony earlier this month, her staff has informed her that on July 25 — the same day as Trump's call with Zelensky — they were asked by a Ukrainian embassy official about “what was going on with Ukraine's security assistance.” pic.twitter.com/5vpAHEsiA5

In her testimony, Cooper also revealed emails between her staff and individuals at the State Department from July 25, concerning the Ukrainian embassy asking questions about the status of the security assistance. Cooper said she learned about the emails after she testified behind closed doors earlier this month.

Under subsequent questioning, Cooper confirmed to Rep. Jim Himes (D-Ct.) that the Pentagon had determined the Ukrainian government met requirements under the law and made significant strides in combatting corruption in May, two months before Trump’s call with Ukraine, suggesting there was no legitimate reason for aid to be withheld. “So this wasn’t about corruption. The timeline proves it,” Himes said.

Rep. Himes: "By the time President Trump froze the aid, the Dept. of Defense had spent weeks, if not months, determining that the Ukrainian government met every requirement in the law & made significant strides in combatting corruption, is that correct?"
Cooper: "That is correct"

Dem. Rep. Jim Himes: "So this wasn't about corruption. The timeline proves it." https://t.co/4zsLrYM0Te pic.twitter.com/oFpehk3HBy