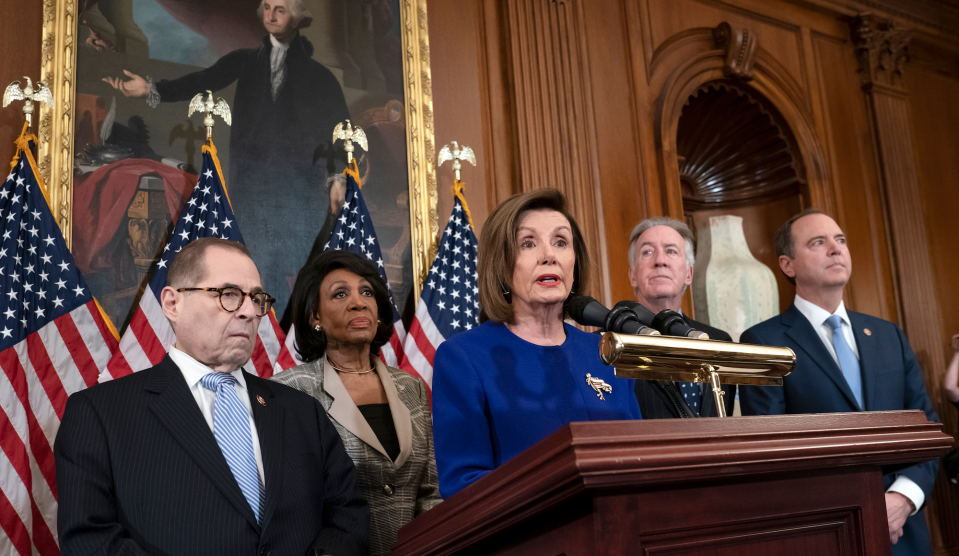 “Our president holds the ultimate public trust,” House Judiciary Chairman Rep. Jerry Nadler said at a press conference alongside House Democratic leadership. “When he betrays that trust and puts himself before country, he endangers the Constitution, he endangers our democracy, and he endangers our national security.”

The historic announcement comes nearly three months after Speaker Nancy Pelosi formally launched impeachment proceedings amid revelations that Trump coerced the Ukrainian president to open an investigation into his political rivals. Weeks of public hearings in the House Intelligence and Judiciary Committees, which featured testimony from key witnesses and legal experts, soon followed.

You can read the text of the articles of impeachment below:

This is a breaking news post. We’ll update as more information becomes available.