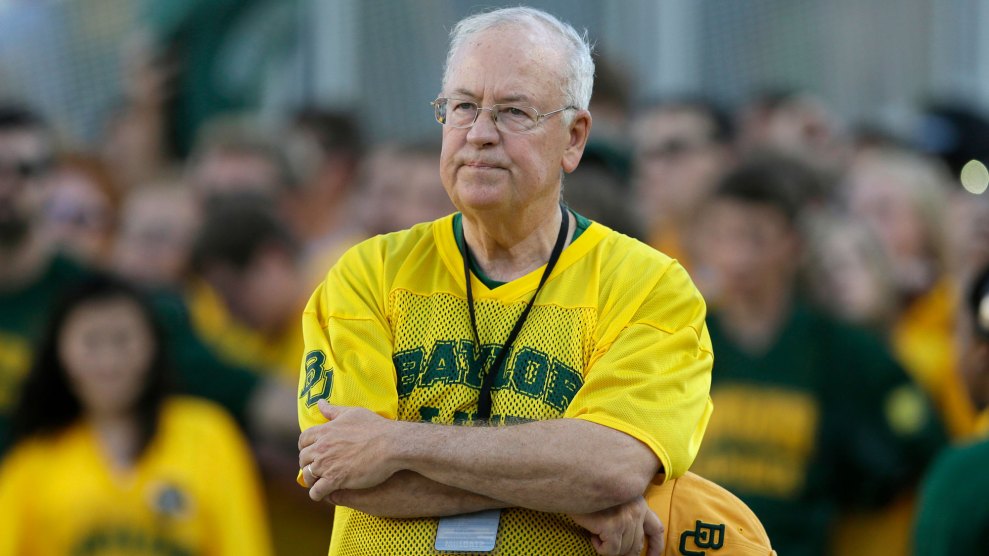 Ahead of the Senate impeachment trial that will move forward on January 21, President Donald Trump on Friday hired two new additions to his legal team: former Harvard University law professor Alan Dershowitz and Bill Clinton impeachment prosecutor Kenneth Starr. This duo will be busy assisting Trump as he tries to fend off charges that he abused presidential power by withholding military aid to Ukraine.

But Dershowitz and Starr may also have to fend off scrutiny of their own baggage. Before they joined Trump’s legal team and served as talking heads on Fox News, Dershowitz, who will reportedly make the oral arguments during the impeachment proceedings, and Starr played roles in helping wealthy financier Jeffery Epstein escape with a lenient plea deal in 2008.

Epstein faced multiple counts of soliciting and trafficking underage girls. Dershowitz helped discredit some of Epstein’s accusers and helped negotiate a “non-prosecution agreement” between Epstein and federal prosecutors in Florida under the helm of then-US attorney Alexander Acosta. Starr also served on Epstein’s legal team. The deal allowed Epstein to plead guilty to two state charges of prostitution, one involving a minor, and avoid federal charges, even though Epstein reportedly continued to abuse girls. The legal team made the deal without informing Epstein’s accusers and the deal itself granted immunity for “potential co-conspirators.”

Acosta later reportedly said he felt immense pressure from Epstein’s lawyers, including Starr and Dershowitz, during the deal. Acosta would eventually become Trump’s labor secretary and would later resign in the wake of criticism over his role in the Epstein case. In 2019, Epstein, who faced trafficking charges in New York, died by suicide in a Manhattan facility.

Ken Starr became a household name during former President Bill Clinton’s impeachment proceedings. But fewer people followed Starr’s career moves after the Clinton presidency. In 2010, Starr became president of Baylor University. Arguably the most striking part of his tenure came toward the end: In 2016, Baylor split ties with Starr after an external review found that university officials failed to implement Title IX as it mishandled sexual assault cases involving several football players at the university going back to 2009.

An investigation into Baylor University, where Starr was president, found “institutional failures” at “every level.”

During Starr’s tenure, Baylor’s football program, led by Art Briles, won two Big 12 championship titles. While the team’s performance seemed on the surface like a major success story, it was later revealed that Baylor’s athletics department and its football program had been botching its own inquiries into allegations of sexual assault against players. Baylor ultimately ousted Briles in May 2016.

As my colleague Madison Pauly and I detailed in 2016, investigators for Pepper Hamilton, the law firm hired to conduct the Baylor investigation, found “institutional failures” at “every level.”

The choices made by football staff and athletics leadership, in some instances, posed a risk to campus safety and the integrity of the University. In certain instances, including reports of a sexual assault by multiple football players, athletics and football personnel affirmatively chose not to report sexual violence.

Starr stayed mostly quiet when allegations of sexual violence surfaced on campus. After he announced he would step down as chancellor in June 2016, Starr told ESPN that he “didn’t know what was happening” regarding the university’s handling of sexual assault allegations but accepted responsibility “as a matter of conscience.” “The captain goes down with the ship,” Starr said.

Since then, Starr has been a constant presence on Fox News. It’ll be worth watching what role he’ll will play in defending Trump, who once called the former Clinton prosecutor a “lunatic” and “off his rocker.”