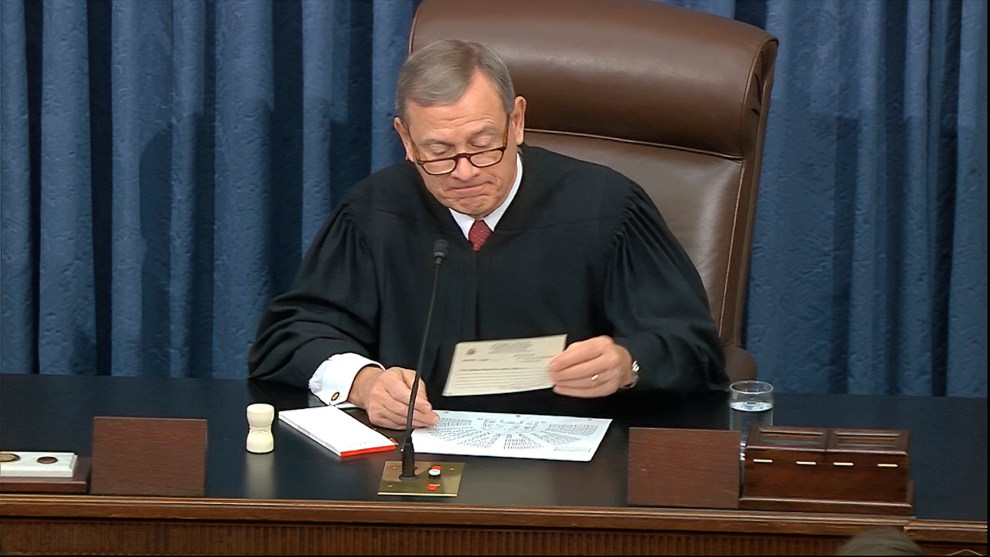 During President Donald Trump’s Senate impeachment trial Thursday, Sen. Elizabeth Warren (D-Mass.) submitted a question about the legitimacy of the Chief Justice—which the Chief Justice had to read.

Chief Justice John Roberts read the note card submitted by the presidential candidate: “At a time when large majorities of Americans have lost faith in government, does the fact that the Chief Justice is presiding over an impeachment trial in which Republican senators have thus far refused to allow witnesses or evidence contribute to the loss of legitimacy of the Chief Justice, the Supreme Court, and the Constitution?”

Roberts pursed his lips as he waited for lead House impeachment manager Adam Schiff to respond.

“We don’t always live up to our ideals,” he continued, “but this trial is part of our constitutional heritage, that we were given the power to impeach the president. I don’t think a trial without witnesses reflects adversely on the Chief Justice. I do think it reflects adversely on us. I think it diminishes the power of this example to the rest of the world.”