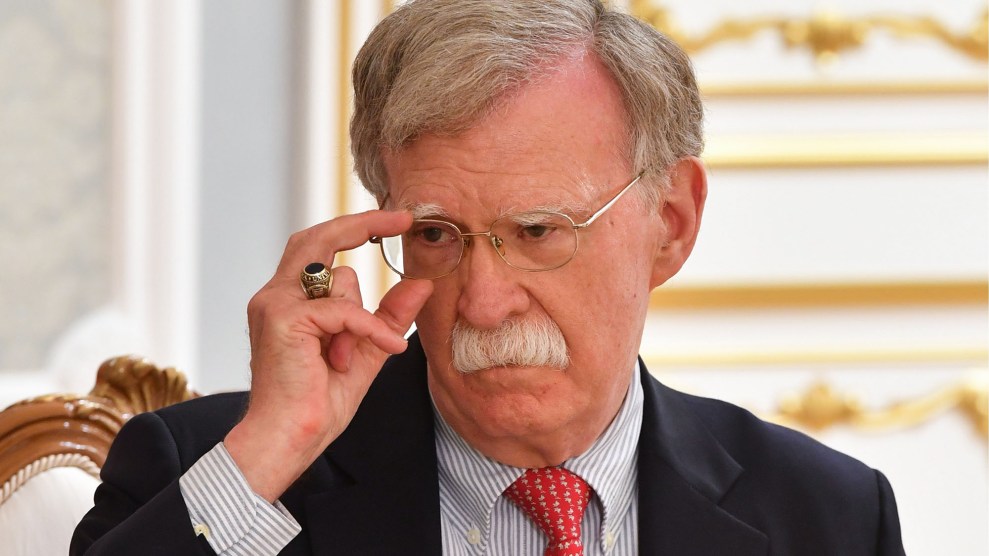 After months of reticence, former national security adviser John Bolton announced Monday on his PAC website that should the Senate subpoena him, he would be willing to testify in President Donald Trump’s impeachment trial.

In November, Bolton conditioned his participation in House impeachment proceedings on the outcome of a lawsuit filed by his former deputy, Charles Kupperman, about whether presidential advisers are immune from congressional subpoena. The House Intelligence Committee did not subpoena Bolton, saying that it would rather forgo Bolton’s testimony than allow “the Administration to play rope-a-dope with us in the courts for months.” Now, Bolton has affirmed that he would comply with a subpoena from the Senate—although it’s unclear whether the Senate will subpoena any witnesses at all.

Bolton’s behavior has left a lot of room for speculation about how strongly—if at all—he would defend the president regarding the Ukraine scandal. Bolton reportedly referred to the doings of Ambassador Gordon Sondland and acting chief of staff Mick Mulvaney as a “drug deal” and expressed alarm at Trump’s attempts to get the president of Ukraine to investigate Burisma, the natural gas company on whose board former Vice President Joe Biden’s son once sat. Still, Bolton’s enthusiasm for Trump’s killing of Iranian military leader Qassem Soleimani suggests he may have a new motivation to defend the president.