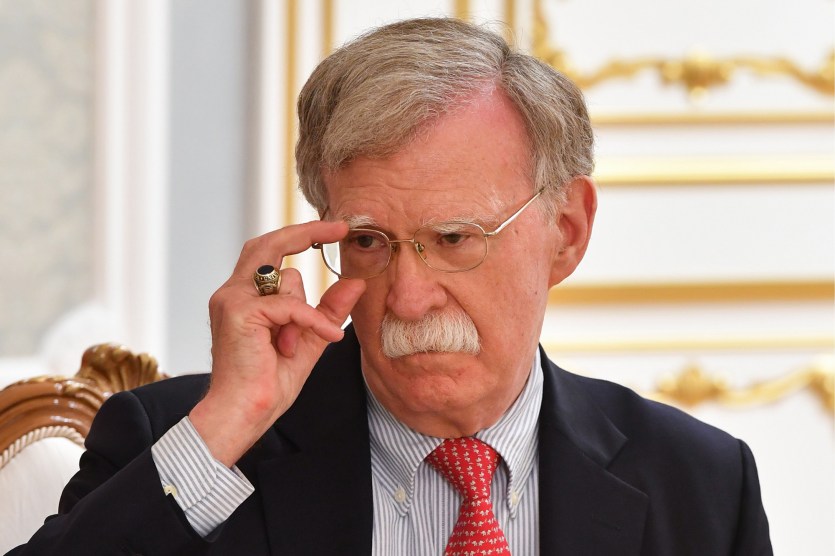 Everybody is pretty nonplussed by this revelation in the New York Times today:

The effort to pressure Ukraine for political help provoked a heated confrontation inside the White House last summer that so alarmed John R. Bolton, then the national security adviser, that he told an aide to alert White House lawyers, House investigators were told on Monday.

The aide, Fiona Hill, testified that Mr. Bolton told her to notify the chief lawyer for the National Security Council about a rogue effort by Mr. Sondland, Mr. Giuliani and Mick Mulvaney. “I am not part of whatever drug deal Sondland and Mulvaney are cooking up,” Mr. Bolton, a Yale-trained lawyer, told Ms. Hill to tell White House lawyers, according to two people at the deposition.

There are two important things to take away from this. First, as much as we on the left dislike Bolton, he is, in fact, a professional diplomat of longstanding and a very competent player in interagency politics. He also plans to continue his career long beyond Trump’s presidency.

Second, he’s not a Trump man. His joke about the “drug deal” shows his disdain for the Trump inner circle, who he considers little better than dilettantes looking for a big score.

Republicans should be very concerned about this. They almost unanimously respect Bolton and consider him a hawk’s hawk. The fact that he couldn’t get along with the Trump gang for more than a few months is damning.