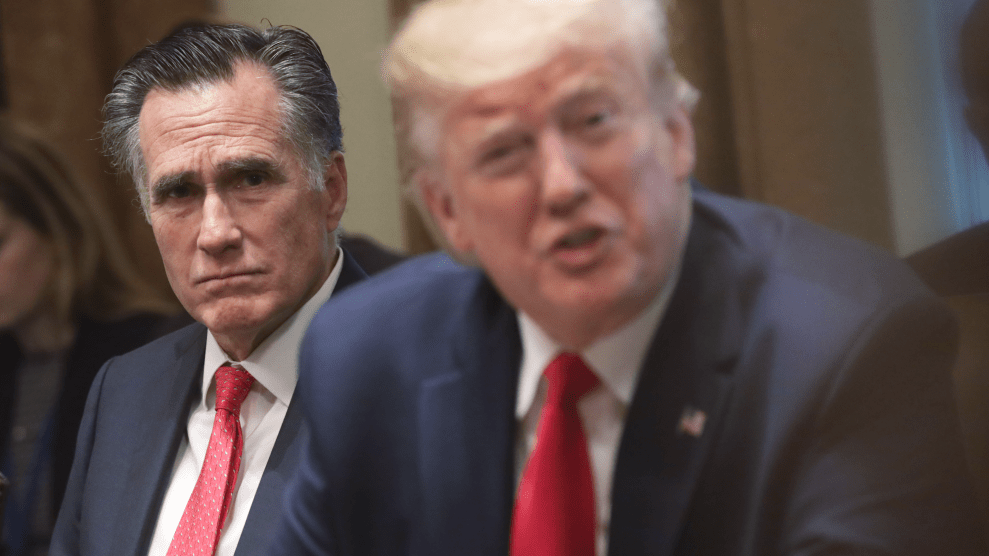 As the Senate began the question-and-answer portion of Donald Trump’s impeachment trial on Wednesday, Sen. Mitt Romney (R-Utah) revealed what he wanted to ask:

The questions I have submitted for the Q&A period of the Impeachment Trial: pic.twitter.com/JTHlKJfcNN

Unlike most of his Republican colleagues, Romney has not decried Trump’s impeachment as a “sham,” but instead has promised to hear the arguments for and against removing the president from office with an “open mind.” Fittingly, these questions certainly don’t sound like they are coming from a Senator who has made made a decision about acquitting Trump. The Utah senator came under fire this week from Trump surrogates for being the first Republican to express interest in hearing testimony from former national security adviser John Bolton, whose forthcoming book’s manuscript suggests he has a lot to say about the president’s role in the Ukraine scandal.

Notably, Romney’s fourth question, directed to the House impeachment managers, asks them to present evidence that “anyone was directed by President Trump to tell the Ukrainians that security assistance was being held upon the condition of an investigation into the Bidens,” which could be an opportunity for Rep. Adam Schiff (D-Calif.) to play back the infamous clip of acting White House chief of staff Mick Mulvaney admitting that Trump was pursuing just such a quid pro quo, or to raise the recent New York Times‘ bombshell report about Bolton’s manuscript.

At a minimum, Romney’s queries for the House impeachment managers are noteworthy because he was reportedly asked not to ask them any questions at all:

Over the last few days, Meadows, Jordan and GOP counsel Steve Castor have been meeting with conservative Senators to help guide questions. One piece of advice they gave was that GOP should direct their questions at WH defense team, rather than Schiff.