Is it really true that the traders who created AIG’s CDS mess in the first place are also the only ones with the knowledge to unwind it successfully?  Do we really need to pay millions of dollars to keep them around?  Simon Johnson, who certainly has the experience to know, says no:

If A.I.G. wants to argue that complex transactions, hedging positions and counterparty relationships require employees who are intimately familiar with those trades, it should at least provide evidence that the arguments for doing so are sounder than the ones made in Indonesia in 1997, when leading bank-owning conglomerates claimed that only they understood their financing arrangements, which certainly were complex. 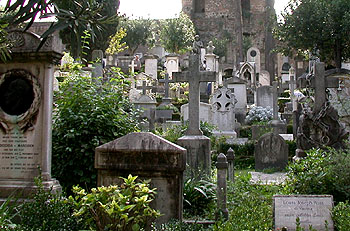 Or the Russian bankers in 1998 who were convinced that only they and their friends could possibly close the deals that they had taken on. We heard variants of the same idea in Poland in 1990, Ukraine in 1994 (and in the Ukrainian crises subsequently), and Argentina in 2002.

Any grain of truth in these arguments must be weighed against the costs of allowing discredited insiders to manage institutions after they have blown them up. Even if the conclusion is that a few experts need to be retained, offering guaranteed bonuses to virtually the entire operation is hardly the way to achieve the desired results. We should not let people think that the best way to guarantee job security is to lose lots of money in a really complicated way.

Charles de Gaulle said it best: “The cemeteries of the world are full of indispensable men.”  If the current crew isn’t willing to work for anything less than a million bucks a year, I doubt that AIG will have much trouble replacing them with someone who will.