Several emailers want to know why I support Obama’s decision not to prosecute the CIA agents who engaged in torture of prisoners during the Bush administration. 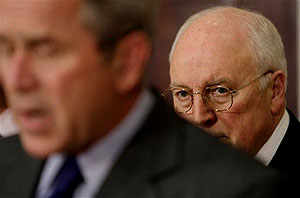 To be honest, I’m not entirely sure that I do, but in case you’re interested, here are the arguments against prosecution that have run through my mind:

First: I hate the idea of spending time prosecuting the little guys while the big fish go free.  If there’s anyone we should be prosecuting, it’s Bush, Cheney, Addington, Bybee, Yoo, and Tenet.  Until that happens, it’s hard to justify prosecuting their underlings.

Second: Every agent would be entitled to a vigorous defense, which would almost certainly require them to make extensive use of classified information.  The government would naturally invoke the state secret doctrine in virtually every case, which would make it nearly impossible to conduct trials that are both fair and reasonably public.

Third: This would be a very, very big operation involving hundreds of prosecutions.  It would almost certainly drag on for many years, and although I’m not a lawyer, my sense is that successful prosecution would be extremely difficult.  The result would quite likely be a long, gruesome, process that would mostly disappear from public view except toward the end, when nearly everyone is acquitted.  Frankly, this might be worse than nothing at all.

Fourth: “I was just following orders” is obviously not an acceptable excuse in cases of clearly illegal instructions.  On the other hand, CIA agents should be able to rely on OLC opinions without constant fear that a successor administration will decide on different legal interpretations.  There isn’t a hard and fast rule here, but it’s legitimately something that needs to be balanced.

Anyway, my mind is still not made up on this.  It’s just a really hard problem.  But I will say that I find #1 persuasive almost all by itself.  If we’re going to prosecute the top guys, that’s one thing.  But if we don’t, it would be a massive miscarriage of justice to prosecute the field agents just because that’s politically more feasible.  We really don’t want to live in a country that does such things.