James Joyner admits that there are lots of conservative lunatics running around these days:

But here’s the thing:  There’s plenty of crazy to go around.  Remember Bush Derangement Syndrome?  The 9/11 conspiracy theorists who thought Bush and Cheney were in on the whole thing?  The Diebold plot to steal the 2004 election?  Should we judge the Left by the whackos that show up at the anti-trade rallies?  PETA?  Greenpeace?  Of course not.  Almost by definition, the people motivated and available enough 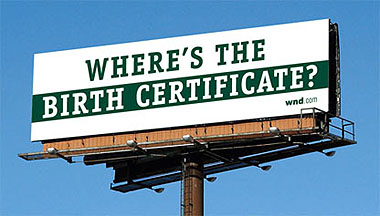 to show up in the middle of the day to express their outrage about something are not like you and me.

Now, obviously there’s some truth to this, but there are a couple of things that have struck me about the recent surge in conservative nutballs.  First: there’s just a whole lot of them.  The Diebold folks couldn’t even get a hearing at Daily Kos, let alone anywhere more mainstream.  The 9/11 truthers have always been a tiny band.  And most of the people who believed Bush “knew about 9/11” just thought he had been warned something was coming down the pike.  There was never more than a trivial handful who thought he literally knew the details and deliberately let the plot go forward.

Second: the conservative lunatic brigade appeared so goddamn fast.  It’s true that some precincts on the left went nuts over Bush, but anti-Bush venom didn’t really start to steamroll until late 2002 when he was making the case for war against Iraq.  Nobody drew BusHitler signs after he signed NCLB or called him a war criminal for signing a tax cut.  It took something really big to create a substantial cadre of big league Bush haters.

Conversely, the conservatives who think Obama is a socialist, or think Obama was born in Kenya, or think healthcare reform is going to kill your grandma, or think Obama is going to take all your guns away — well, that stuff started up approximately on January 21st, if not before.  And it’s not just a weird 1% fringe.  There’s a lot of conservatives who believe this stuff.  And there wasn’t any precipitating cause other than the fact of Obama’s election in the first place.

Every movement has its loons, but the current crop of conservative loons really isn’t the same as the lefties who grew to loathe Bush over the years.  These folks were crazy from day one, they’ve become crazy in scarily large numbers, and their conspiracy theories are entirely untethered from actual events on the ground.  ODS is a whole different beast than BDS.