In Wired, Steve Silberman writes about the well-known placebo effect: sometimes a sugar pill all by itself can help cure a disease or reduce its symptoms.  That’s why it’s not enough for drugs in clinical trials to work.  They have to work better than a placebo.

The placebo effect is mysterious enough on its own.  But there’s more. 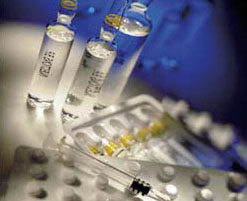 It turns out that placebos work better in some countries than other others.  It also turns out that ratings by trial observers vary significantly from one testing site to another.  But what’s most mysterious is that the placebo effect actually seems to be getting stronger over time. Not only are new drugs having a harder and harder time beating out placebos, but older drugs that have been retested are having problems too:

In many cases, these are the compounds that, in the late ’90s, made Big Pharma more profitable than Big Oil. But if these same drugs were vetted now, the FDA might not approve some of them. Two comprehensive analyses of antidepressant trials have uncovered a dramatic increase in placebo response since the 1980s. One estimated that the so-called effect size (a measure of statistical significance) in placebo groups had nearly doubled over that time.

It’s not that the old meds are getting weaker, drug developers say. It’s as if the placebo effect is somehow getting stronger.

….But why would the placebo effect seem to be getting stronger worldwide? Part of the answer may be found in the drug industry’s own success in marketing its products.  Potential trial volunteers in the US have been deluged with ads for prescription medications since 1997, when the FDA amended its policy on direct-to-consumer advertising. The secret of running an effective campaign, Saatchi & Saatchi’s Jim Joseph told a trade journal last year, is associating a particular brand-name medication with other aspects of life that promote peace of mind: “Is it time with your children? Is it a good book curled up on the couch? Is it your favorite television show? Is it a little purple pill that helps you get rid of acid reflux?” By evoking such uplifting associations, researchers say, the ads set up the kind of expectations that induce a formidable placebo response.

Unfortunately, that’s about it.  The mystery of the increased response to placebos remains a mystery.  No one really knows why it’s happening.  But it’s all pretty fascinating anyway, and the whole piece is well worth a read.