In Ryan Lizza’s New Yorker profile of Larry Summers, he suggests that Summers and Tim Geithner turned out to be right about bank nationalization.  It wasn’t necessary after all, and things are going just fine without it:

The results of the stress tests showed that the banks were not in as dire shape as commonly believed. Most of the nineteen banks were able raise money privately. “It worked,” the Treasury official said. “People had money to put into banks. The nationalization crowd would have had the government putting all that money in.”

The key thing here is that the arguments as being relayed to Lizza seem not to know that the proposal to apply the Swedish model to the banking sector was a proposal to nationalize insolvent banks and explicitly guarantee the debts of the solvent ones. This is precisely designed to deal with the “nationalization sets off larger panic” worry. The fact that the stress tests showed that many banks were not in such bad shape is also irrelevant. Nobody ever proposed that we nationalize banks that weren’t in trouble. The proposal was to guarantee the obligations of banks that weren’t in trouble, a low-cost move since these are the banks that aren’t in trouble. 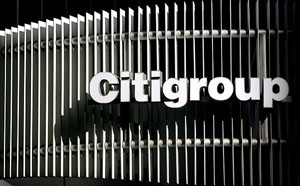 The Obama administration wound up implicitly doing that anyway, which is precisely why most of the banks were able to raise money privately. The exact same thing would have played out with the exact same banks if the troubled banks had been nationalized.

I’m on the fence about this.  I was initially a proponent of nationalizing weak banks (Citigroup being the most likely target), even though I always recognized that there were downsides, and I’m not sure I’ve changed my mind.  After all, the argument was never that the banking system would collapse unless we nationalized, the argument was that (a) nationalization was the best deal for taxpayers and (b) it would get weak banks back into good shape faster than just waiting for them to earn their way back to solvency.  Considering that we pumped $45 billion into Citigroup and provided them with $300 billion in asset guarantees as an alternative to nationalization, I’m still not sure that argument wasn’t correct.

That said, so far the Geithner/Summers gamble has paid off.  If we don’t hit any more big bumps in the road, it will probably continue to.