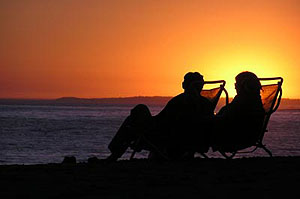 David Brooks says today that old people are being selfish because they take a lot more out of the political system than they put in. Ezra Klein demurs:

It’s worth making the mechanism explicit: When commentators complain that seniors are “taking money,” here’s what they mean: They are going to the doctor, the doctor is prescribing treatments, and Medicare is paying for those treatments.

….Brooks calls their behavior selfish. He writes that “the federal government now spends $7 on the elderly for each $1 it spends on children.”….[But] it’s hard to say that what seniors are doing is selfish: They’re going to the same doctors as everyone else, doing the same things that everyone else does when they get there. Our health-care system is unaffordable across the board. We need to fix that, but there’s no special key held by seniors (save maybe their disproportionate tendency to vote in midterm elections), and nor do they deserve special condemnation.

I agree that they don’t deserve special condemnation. The social deal we made several decades ago is that those of us of working age pay taxes for programs that will be consumed by senior citizens. That deal makes perfect sense — but it also points to a way in which seniors could embrace what Brooks calls a “cause of nonselfishness.” Instead of standing foursquare with the anti-tax jihadists, as they largely do, they could be working to make sure that this deal continues. That means changes in the way we deliver healthcare services and it means changes in the tax base of the federal government. By opposing both of those things in large numbers, today’s seniors (and soon-to-be seniors) are helping to ensure that they’re the only generation that will truly benefit from this deal.

This is obviously not what Brooks meant. But the future health of the country and the future continuation of the social deal we’ve made depends on raising taxes, lowering long-term deficits, and making changes to the way healthcare is delivered. Some of these changes will affect today’s seniors and some will affect tomorrow’s. But if they want their children to enjoy the same kind of retirement they’re allowed to enjoy, these are the things they should support. In general they don’t, and that deserves condemnation. Not special condemnation, since lots of other people feel the same way, but condemnation nonetheless since they know, better than most, just what those taxes are for.