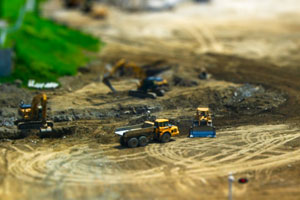 Business Week’s Mike Dorning thinks the economy is on the mend:

While no one would claim that all the pain is past or the danger gone, the economy is growing again, jumping to a 5.6% annualized growth rate in the fourth quarter of 2009 as businesses finally restocked their inventories. The consensus view now calls for 3% growth this year, significantly higher than the 2.1 % estimate for 2010 that economists surveyed by Bloomberg News saw coming when Obama first moved into the Oval Office. The U.S. manufacturing sector has expanded for eight straight months, the Business Roundtable’s measure of CEO optimism reached its highest level since early 2006, and in March the economy added 162,000 jobs — more than it had during any month in the past three years.

Floyd Norris of the New York Times agrees that a lot of people are being too pessimistic:

“Go back and read what people were saying in 1982 or 1975,” said Robert Barbera, the chief economist of ITG. “Nobody was saying, ‘Deep recession, big recovery.’ It is quite normal to expect an abnormally weak recovery. It is also normal for that expectation to be wrong.”

….In 1982, Democrats scoffed at a surging stock market and thought a severe recession would last for a very long time….Change a few words (Reagan to Obama, Democrats to Republicans, 1984 to 2012) and you have an accurate description of the current political climate. Could the Republicans be as wrong now as the Democrats were then?

There’s a lot to this. But just off the top of my head, here are the things that gnaw at me when I hear stuff like this:

I don’t expect all of this stuff to be as dire as it sounds, and overall I suspect that we are indeed going to see steady if unspectacular growth over the next few years. But I’m not entirely sure of that, and these are the reasons why. Just thought I’d share.