Corporate America — with the eager backing of the Republican Party — has spent the past several years fighting “card check,” a procedure that would allow unions to win representation merely by getting a majority of workers to sign a card. No secret election needed. The basic argument against card check is that it’s undemocratic: when we want to decide things in America, we use elections. And we keep votes secret so that neither side can intimidate voters.

Fine. I think card check would work perfectly well (details here if you’re interested), but at least the reasoning of its opponents is coherent enough. But guess what? The airline industry has been governed since 1936 by the Railway Labor Act, 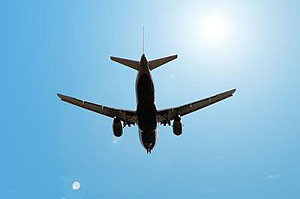 and when the National Mediation Board proposed a change to RLA elections that would make them more democratic, the same folks didn’t like that either:

Before today, under the RLA, workers who did not vote in a union organizing campaign — including workers on furlough, military leave and extended medical leave — were counted as “no” votes. So in order to form a union, workers had to gain a majority of all workers, instead of a majority of voting members. It was as if people who did not vote in a Presidential campaign were recorded as voting for one party or the other.

The NMB’s rule-change — which it first sought comment on back in November — states that workers who do not vote in an election simply won’t be counted (just like in political campaigns). This would bring the RLA in line with the other major piece of legislation governing unionization, the National Labor Relations Act.

Makes sense! But corporations are dead set against it and so are Republicans.

So where did the original interpretation come from, anyway? The Railway Labor Act merely says that “The majority of any craft or class of employees shall have the right to determine who shall be the representative of the craft or class for the purposes of this chapter.” The plain meaning of “majority” has always been “majority of those voting” unless there’s specific language saying otherwise, but for obscure administrative reasons the NMB decided otherwise back in the 40s. It’s not clear to me if anyone actually knows why anymore.

In any case, requiring a majority only of those who actually cast a vote is pretty plainly consistent with the statutory language, and certainly more in line with customary voting practice. Which is to say, more in line with the customary voting practice that corporations and Republicans defend so zealously when it comes to card check in NLRB elections. But in this case they don’t like it. It’s almost as if they don’t really care about democratic procedure at all. They just support whatever makes it hardest for unions to organize. But that can’t be it, can it?