Steve Benen writes that the “traditional” press model, in which reporters interview candidates for office and then write stories about them, is withering away:

The traditional model is quickly being replaced, and for the first time, we’re finding multiple statewide candidates — Kentucky’s Rand Paul and Nevada’s Sharron Angle, for the example — who simply ignore reporters’ 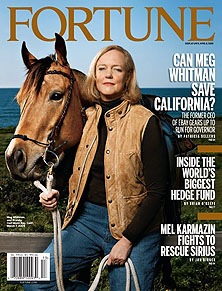 questions and blow off interview opportunities. The fear, of course, is that reporters might ask them to explain their extreme policy positions.

Eric Boehlert adds Sarah Palin to this mix. Are they right? Can politicians get away with not talking to the press these days? A few miscellaneous comments both pro and con:

If I had to guess, I’d say that Paul and Angle are unusual cases and probably don’t signify any kind of sharp turn. (And Palin is sui generis.) Still, as local reporting continues to decline and candidates realize they can get away with talking to potentially hostile reporters less, they probably will. I wouldn’t be surprised to see a slow but steady rise in bubble candidates like Meg Whitman, especially if they have reliable funding sources that don’t rely on broad media exposure.