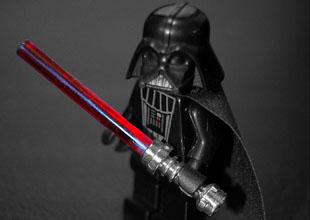 “Net neutrality” is a principle that’s guided internet development for decades. Put simply, it means that everyone has equal access to the net. If you send an email to Aunt Martha, it has the same priority as my Google search for Lady Gaga videos or Rupert Murdoch’s latest multibillion dollar internet television startup. Data is data, and it all goes over the net equally quickly.

But net neutrality has been under attack from years. The battle lines shift, and sometimes get a little too complex to follow in detail, but the outline is pretty simple. Companies in the content business generally support net neutrality. They want their data delivered as fast as anyone else’s without having to pay any special fees. Conversely, companies like Verizon or AT&T, who supply the pipes, want it to go away. They love the idea of being able to charge higher fees for better service.

During the Bush era, the FCC began to back off on net neutrality but still issued a set of “principles” that it expected service providers to adhere to. Then, last April, a court ruled that the FCC had no authority to regulate net neutrality at all. A month later, FCC chairman Julius Genachowski announced that he would try to reclassify internet providers in order to re-impose net neutrality rules on them, but this is a regulatory process that will take, at a minimum, months to complete.

In the meantime, net neutrality may be on the verge of unraveling completely. Google, once a fierce advocate of net neutrality and a company whose informal 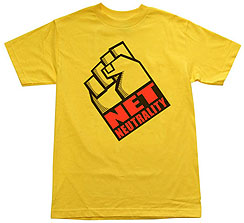 motto is “Don’t be evil,” has apparently decided that maybe just a little bit of evil is OK after all:

Google and Verizon, two leading players in Internet service and content, are nearing an agreement that could allow Verizon to speed some online content to Internet users more quickly if the content’s creators are willing to pay for the privilege.

….Such an agreement could overthrow a once-sacred tenet of Internet policy known as net neutrality, in which no form of content is favored over another. In its place, consumers could soon see a new, tiered system, which, like cable television, imposes higher costs for premium levels of service.

Any agreement between Verizon and Google could also upend the efforts of the Federal Communications Commission to assert its authority over broadband service, which was severely restricted by a federal appeals court decision in April.

The problem here is obvious: once Google does this, they set off an arms race. Can Yahoo or Microsoft really afford to be second class citizens? Or Disney or Fox? Not likely. Before long, pretty much every deep-pocketed content provider has signed a deal for special treatment and we officially have a two-tier internet. On one tier are the companies with money. On the other tier are all the rest of us. And make no mistake: if the major content providers get guarantees of better service, every other content provider will almost certainly end up with worse service than they have now.

I have a vested interest in this, of course, since Mother Jones isn’t big enough or deep-pocketed enough to pay for top tier service, and that means that in two or three years delivery of this blog could end up pretty molasses-like. In a less parochial vein, I think the lesson of history is pretty clear: when common carriers are allowed to discriminate, the result is disastrous for everyone except the folks who currently dominate their market. If you have a startup search company that outperforms Google, but only if it’s as fast as Google, well, what are the odds that Google won’t pay to make sure that its service is always faster than yours? After all, ad revenue depends on getting eyeballs by hook or by crook, and it turns out they aren’t quite as committed to not being evil as we once thought.

I’m not a net neutrality purist. I can see the case for offering tiered service for things like on-demand video streaming, which simply can’t work commercially unless providers can guarantee reliable delivery. Beyond that, though, a free and open internet has worked pretty well and we abandon it at our peril. Time is running out on the FCC, and in any case, the FCC was never the right place for this anyway. Congress is. If we want to keep net neutrality in anything like its current form, Congress needs to get off its duff and set the rules of the road once and for all. Markey-Eshoo is a pretty good place to start.