When you make trading of financial instruments open and competitive, it becomes less profitable for dealers and banks. This happened in 1975 with stock broking and in 2002 with corporate bond trading, and in both cases broker-dealers lost billions of dollars as aggressive price cutters entered the market and commissions shrunk. It was good news for buyers and sellers, but bad news for banks.

So what about derivatives trading, the biggest and most profitable market by far on Wall Street? You will be unsurprised to learn that big banks have never been keen on the prospect of putting derivatives trading into a clearinghouse and requiring that prices be made public. They much prefer the current system, in which a small number of banks control the entire market and neither buyers nor sellers have any idea exactly what commissions they’re paying when they puchase derivative contracts.

Sadly for the big banks, the Dodd-Frank bill mandates the end of this cozy relationship. But legislation is one thing and reality is quite another. In fact, if you have a good memory you’ll remember a post earlier this year, before Dodd-Frank was passed, in which Bob Litan warned (in my paraphrase) “that even if we pass regulatory reform, the 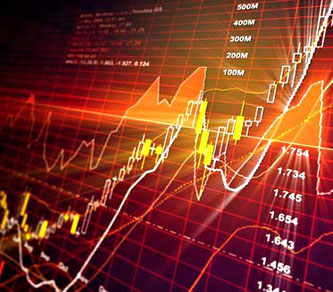 dealer-banks that currently control the market in OTC derivatives have a ton of incentive to slow-walk anything that creates genuine transparency.”

Well, guess what? He was right! Dodd-Frank may mandate exchange trading and transparency for derivatives, but who’s going to run those exchanges? Big banks, of course. In the New York Times today, Louise Story tells us what this means:

On the third Wednesday of every month, the nine members of an elite Wall Street society gather in Midtown Manhattan. The men share a common goal: to protect the interests of big banks in the vast market for derivatives, one of the most profitable — and controversial — fields in finance. They also share a common secret: The details of their meetings, even their identities, have been strictly confidential.

….The banks in this group, which is affiliated with a new derivatives clearinghouse, have fought to block other banks from entering the market, and they are also trying to thwart efforts to make full information on prices and fees freely available.

….Bank of New York Mellon has been trying to become a so-called clearing member since early this year. But three of the four main clearinghouses told the bank that its derivatives operation has too little capital, and thus potentially poses too much risk to the overall market. The bank dismisses that explanation as absurd. “We are not a nobody,” said Sanjay Kannambadi, chief executive of BNY Mellon Clearing, a subsidiary created to get into the business….The real reason the bank is being shut out, he said, is that rivals want to preserve their profit margins, and they are the ones who helped write the membership rules.

….Critics have called these banks the “derivatives dealers club,” and they warn that the club is unlikely to give up ground easily. “The revenue these dealers make on derivatives is very large and so the incentive they have to protect those revenues is extremely large,” said Darrell Duffie, a professor at the Graduate School of Business at Stanford University, who studied the derivatives market earlier this year with Federal Reserve researchers. “It will be hard for the dealers to keep their market share if everybody who can prove their creditworthiness is allowed into the clearinghouses. So they are making arguments that others shouldn’t be allowed in.”

Definitely read the whole thing, which has several more damning details. Banks can talk all they want about capital requirements and governance structures, but if they’re unwilling even to admit publicly who runs their clearinghouses, it’s pretty obvious their primary interest is focused on keeping the derivatives club very, very small and very, very private. In other words: no aggressive competition needed here, thankyouverymuch. Big commissions and big bonuses will remain the order of the day.

Unless, of course, regulators take a tough line and force banks to genuinely open up derivatives trading. What do you think are the odds?