Earlier today I wrote about the anti-urban bias in American public policy. Is it the fault of the Senate, which overrepresents the interests of rural states? Stephen Smith comments:

I think all this talk of federal policy is misguided. Writing about the federal government sells well in journalism since it reaches the widest audience, but even taking into account the feds’ massive power grab over the last century, the real action is still at the local level. Local property tax distortions favoring single family homes are widespread and egregious, but orders of magnitude more ink gets spilled about the relatively ineffectual mortgage interest tax deduction. Fannie Mae and Freddie 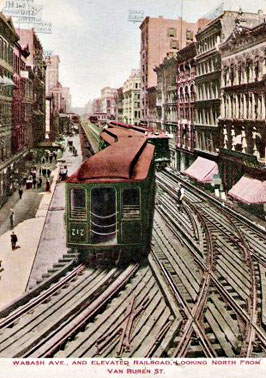 Mac’s refusal to fund mixed use developments is unfortunate, but it’s nothing compared to the almighty parking minimum. So while obviously the rural-biased Senate isn’t doing urbanism any favors, the nation’s Greatest Deliberative Body is next to meaningless when compared to lowly municipal governments.

But what’s the breakdown? I think everyone agrees that local land use regulations are a big issue, but are they really the predominant issue? I don’t know. But Stephen makes an interesting argument that it all goes back to the early 20th century, before the feds had any involvement at all, and comes down to anti-el sentiment. I guess I’d question that, since Europeans and Asians built up pretty dense urban areas without els (at least, none that I’ve ever seen), so I don’t know how that could really be the key factor. But it’s interesting anyway! Go read it.